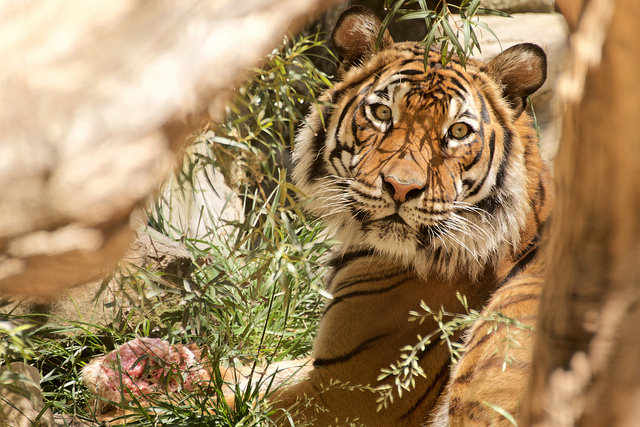 Known for its breathtaking landscape, strong cultural history and diverse flora and fauna, Malaysia is a uniquely appreciable piece of the world. Sadly, Malaysia also has a history of deforestation, exploitation and species extinction. Particularly unfortunate has been Malaysia’s track record for illegal poaching and wildlife trading. But as much harm has been done in Malaysia’s past, there is a powerful will to protect its present and ensure its future. 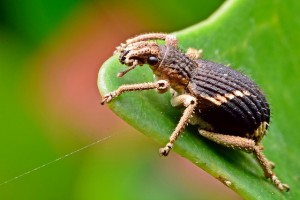 Because of this, the Wildlife Protection Act of 2010 was passed. Vastly improving Malaysia’s ability to protect its plants and animals, the act is one of history’s most important wildlife regulations.

The reasons for this are many, and they have everything to do with the past, present and future of Malaysia’s environment. The most important reasons are as follows:

Malaysia is one of the most biodiverse places on the planet. According to the National Biodiversity Index, it’s ranked twelfth in the world for country richness in diversity of both animals and plants. Malaysia is also home to the Taman Negara, the world’s oldest forest – estimated to be more than 130 million years of age – and countless other natural treasures.

Ironically, Malaysia also has the fastest-accelerating rate of deforestation in the world. In a headlong rush for economic development, the country’s tropical forests are being devoured, leaving its splendid array of native species with nowhere to live. Add to this the threats of illegal poaching, air pollution, water pollution and urban development, and you have a place where nature needs all the protection it can get.

Only weeks ago, the Sumatran Rhinoceros was pronounced extinct in Malaysia due to habitat destruction. The Malayan Tiger is critically endangered, as is the Malayan Tapir, the Sumatran orangutan, the tiny Mouse Deer (about 30cm tall and weighing 5-8 kilograms) and many more. 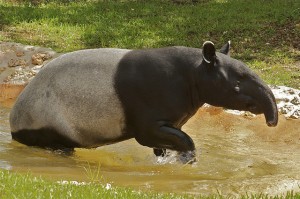 But before 2010, the penalties for offenses – including the poaching and illegal wildlife trading that are such big business in Malaysia – against Malaysian wildlife were “nothing more than a slap on the wrist,” according to World Wildlife Fund coordinator Preetha Sankar (in a famous 2010 quote to the Associated Press).

The wildlife laws predating 2010 were quite old, which touches on another reason the Wildlife Conservation Act is important:

Before 2010, Malaysia’s plants and animals were relying for protection on a law passed in 1972. That law, the Protection of Wildlife Act 1972, was put forward at a time when the idea of wildlife conservation was in many ways still developing.

Under the 1972 act, Malaysia built a reputation as a hub for illegal wildlife trading. Surrounded by rare and exotic species, patrolled by officers that could be easily bribed, and facing fines that didn’t so much as put a dent in the profits they could make, poachers and animal traders were taking Malaysia for all it was worth.

Even if traders were caught, they often continued operating.

Just before the Wildlife Conservation Act was passed, 369 Radiated Tortoises, 47 Tomato Frogs and several chameleons were seized by customs officers at Kuala Lumpur International Airport – but the officers couldn’t (or didn’t) detain or arrest the smuggler. 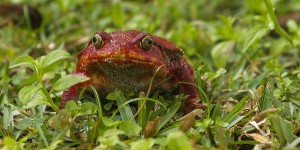 In another unfortunate story, infamous wildlife trading kingpin Anson Wong was allowed to operate a reptile business – a front for his illegal trading ring – even after being arrested in Mexico and serving 71 months in prison for smuggling, conspiracy, money-laundering and wildlife offenses. Once he got back to Malaysia, he was allowed to continue business as usual.

This was partly because the law didn’t authorize Malaysia’s wildlife enforcement division, called Perhilitan, to arrest traffickers and poachers unless they were caught red-handed – but it was also due to a lack of staff and funding.

Now, things are a little different:

When the Wildlife Conservation Act was passed, Perhilitan was given more manpower.

Along with the capacity boost came additional authority. In late 2010 the infamous Anson Wong was making his way through Kuala Lumpur International Airport when his travel pack broke open on the conveyor belt, releasing 95 boa constrictors he was attempting to smuggle into Indonesia. Not only was Wong detained and arrested, his original six-month sentence was increased to five years after a successful appeal by Perhilitan for more severe punishment.

And jail time isn’t the only punishment wildlife criminals now face for breaking the law:

Poachers and smugglers of endangered species in Malaysia now face tens of thousands of dollars in fines and mandatory jail time. Under the Wildlife Conservation Act, people who illegally hunt or possess certain protected wildlife can be punished by a fine of up to 500,000 ringgit ($155,000) and mandatory imprisonment of up to five years.

The list of protected species is far longer than it used to be, and regulations cover hunting, fishing, capturing wildlife, and – an especially important addition – animal cruelty.

It’s also easier to arrest offenders now. For example, suspects caught with snares and other hunting equipment are now presumed to be using them illegally unless proven otherwise.

But even though harsher penalties and stronger enforcement have made it easier to protect endangered species in Malaysia and put criminals behind bars, there is still progress to be made:

As harsh as penalties may be, poachers are still operating, and they’re very hard to catch. In order to truly protect the endangered species in Malaysia, Perhilitan needs more officers and better organizational oversight to impede bribing.

It was also recently reported that every zoo in Malaysia is out of line with Wildlife Conservation Act regulations. The conditions animals are kept in are described as “nightmarish,” and no zoos have yet been called to task for their violations.

On the bright side, some branches of wildlife enforcement are using their abilities better than ever. A new government operation using social media to make wildlife arrests has resulted in a number of important convictions. The project is still developing, but is already showing considerable promise.

Malaysia is not without wildlife offenses, and still struggles mightily with environmental issues, but awareness and support for nature conservation is on the rise. If Perhilitan continues to improve its enforcement tactics, government continues to announce protections and public support remains strong, the Wildlife Enforcement Act will lead Malaysia and its animal residents to a brighter future.