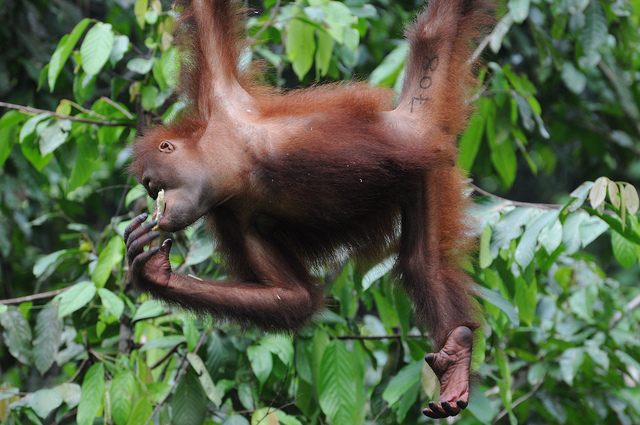 Sarawak, Eastern Malaysia has been the scene of great environmental destruction for many years. Considered one of the 12 most biodiverse regions in the world, it is also prime real estate for palm oil plantations. Large areas of its lush tropical forest have been razed for oil palm plantings, recent dam-building projects have flooded hundreds of square kilometers full of animals and indigenous people, and urban development, mining and other industrial activity have taken additional tolls. Sarawak’s endangered orangutans and other wildlife have suffered greatly from these economic and industrial practices, but can now count on protection from the state government.

In his July announcement, Adenan stated that he would allow no more plantations to encroach on wildlife habitat, issue no more logging licenses and refuse to renew licenses that expire in the future, and expressly prohibit any commercial dealings having to do with orangutans. Adenan also invited scientific organizations and communities to visit and perform research and analysis of Sarawak’s natural treasures.

These protections are powerful and definitive. They will serve to protect not only orangutans but all other plant and animal species in Sarawak, and they constitute a great leap forward in natural conservation for Malaysia.