Deforestation in Malaysia Accelerating Faster than Anywhere in the World 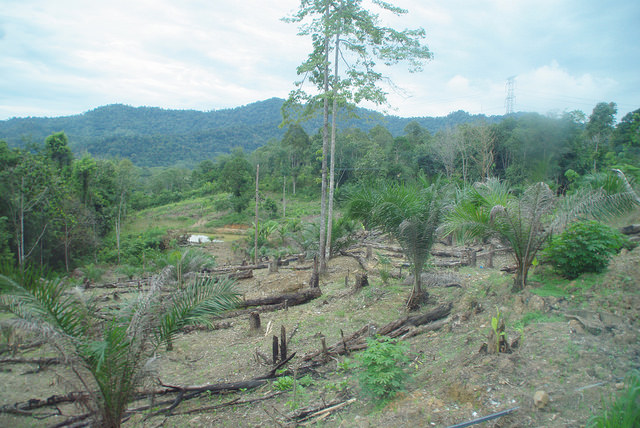 According to the United Nations, the rate of deforestation in Malaysia is accelerating faster than that of any other tropical country in the world.

The statistic comes from the United Nations’ Reducing Emissions from Deforestation and Forest Degradation initiative (UN-REDD), and it sheds light on the consequences of rapid economic and industrial growth in Malaysia.

In the 20 years spanning 1990 and 2010, Malaysia lost an average of 96,000 hectares of forest each year. A combination of natural resource extraction, urban development and unsustainable industrial practice ravaged the countryside in those years – removing a total of 8.6% of forest cover – and that number is still growing.

Today, most deforestation in Malaysia is due to palm oil plantations, illegal bauxite mining, logging and the construction of large hydroelectric dams. Public awareness of the environmental crisis is at its peak, but the Malaysian government has yet to make real progress in stemming the depletion of rainforests.

There are currently no government regulations requiring palm oil producers to stop cutting down forests, illegal farms and logging operations are springing up commonly, and Malaysian officials have been continuing to sacrifice the environment for economic and industrial growth.

The destruction of natural habitat is taking its toll on native species, as well. The iconic Malayan Tiger will soon be extinct, as will be all Orangutans on the island of Borneo if illegal mining, dam construction and palm oil plantation activity aren’t slowed down.

Pressure on Malaysian businesses to operate sustainably and protection for the Malaysian environment is coming from elsewhere – namely, international business standards, local organizations and sustainable consumers.

Some argue that Malaysia is at a tipping point. The country has set aggressive goals to become a fully developed nation, and these goals include creating more responsible businesses, fostering an educated and liberal local community, and taking better care of the natural environment. But in order for Malaysia to tip in the right direction, its stories must be heard and support for conservationism, green technology, progressive politics and sustainable development must be strong.

Malaysia was once covered almost entirely by tropical forest, but that coverage has been reduced to 59% today. Help turn the tide on this statistic. Contribute to slowing deforestation in Malaysia and shifting the country towards sustainability by reading, supporting and sharing the news from Clean Malaysia.