Fuel Subsidies Could Lead to Overfishing 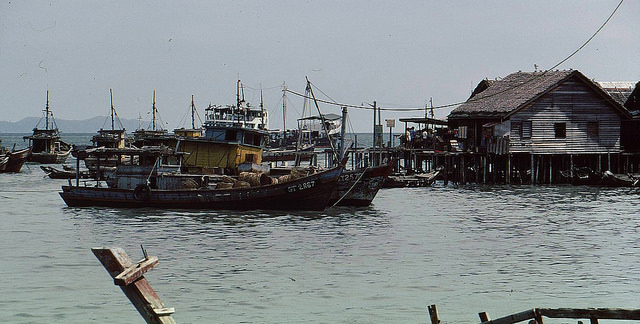 A fuel subsidy program for the Malaysian fishing sector may encourage overfishing throughout the country, worries WWF-Malaysia’s Head of Conservation for Sabah, Bernard Tai.

The fuel subsidy in question is, according to Tai, an example of the former. Cheaper fuel for fishermen incentivizes the building of more fishing capacity which, although aimed at creating an economic transformation to coastal fishing communities, might simply grow existing operations to an unsustainable size. That would put Malaysia at risk of overfishing, which is a situation that pits hungry citizens and job creation against a sensitive and slow-to-recover marine environment.

Tai is an advocate of greening Malaysia’s industries. Because the growth of industry is hard to curb – and therein lies the uphill battle to enhance conservation in Malaysia – making existing operations more environmentally friendly is an effective way to push Malaysia further towards environmentalism.

“We should also intensify our effort in promoting green certification and eco-labelling for our tourism, agricultural, forestry and fishery products. Such schemes help to improve market access and export competitiveness yet at the same time ensuring sustainable utilization of Sabah’s natural resources,” Tai said.

The gist of the WWF-Malaysia seminar was that the country needs simply to do more in order to protect its natural environment. A growing host of NGOs, green incentives from government and the reinforcement of existing environmental laws are making steps in the right direction, but industry is still dirty and ever-growing. As Tai is convinced, greening Malaysia’s industries and focusing on the right kind of incentives will be vital to the country’s sustainable development and natural environment.