How Malaysia is Becoming a Green Technology Hub 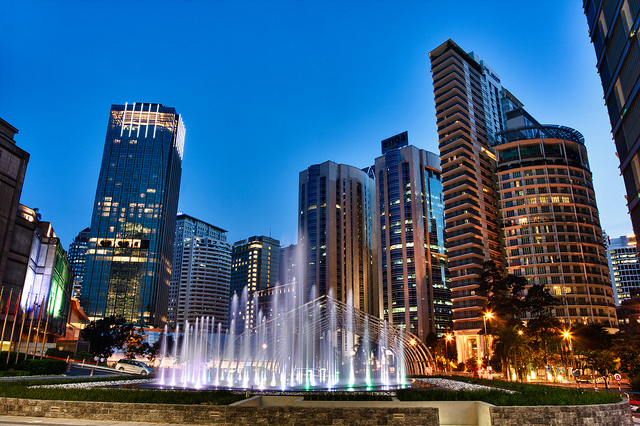 The annual International GreenTech and Eco Products Exhibition and Conference Malaysia (IGEM) will be held in Kuala Lumpur this year, from September 9th to 12th, 2015. In light of the rapidly approaching event, we felt that this would be a good time to review some of Malaysia’s green technology initiatives; but first, a short history of IGEM.

This year will be the sixth IGEM, and expectations for the conference and trade show are high: organizers are expecting 50,000 visitors and 400 exhibitors from over 20 countries, including leading green tech companies from Germany, the Netherlands, Spain, Japan, Taiwan, Singapore, and South Korea.

The event is being organized by the Ministry of Energy, Green Technology, and Water, in collaboration with the Malaysian Green Technology Corporation (GreenTech Malaysia). The theme for the year is “Powering the Green Economy”, and the focus will be on strategically significant sectors, including energy, transportation, buildings, waste, and water.

Over the past five years, the IGEM has become the largest green tech event in the country, with over RM6 billion in green business leads generated at the conference since 2010.

Green technology is already a significant part of the Malaysian economy (it contributed RM7.9 billion or 0.8% to GDP in 2013), but the country has much larger goals in mind.

By 2030, the country aims to have a green tech sector contributing RM60 billion to the GDP, with an interim target of RM22 billion in 2020.

Several initiatives have been developed to help hit these targets and establish Malaysia as a green technology hub in the ASEAN region. The National Green Technology Master Plan and Electric Mobility Action Plan, which launched in 2009, sets out a framework for advancing green tech initiatives.

Below are three new initiatives poised to have a big impact on the country’s green tech sector.

The potential for greenhouse gas (GHG) emission reductions in the transportation sector is huge: there are over 22.7 million registered vehicles in Malaysia, making personal vehicle transportation the second-largest contributor to greenhouse gas emissions in the country, with emissions of over 61.6 million tonnes of carbon dioxide equivalent (MtCO2eq) in 2013. Moreover, the high number of vehicles on the road is creating traffic bottlenecks, resulting in wasted time for commuters.

To address this problem, the Malaysian government has invested in two new Mass Rapid Transit (MRT) lines, a Light Rail Transit (LRT) line, and an extension of an existing LRT line. To limit GHG emissions, all of the trains will be powered by electricity rather than fossil fuels.

There’s no questions that this will help decrease the number of cars on the road, but there is certainly more that can be done to further reduce emissions from vehicle transport – particularly where public transportation is not an option. One potential way is to promote carpooling.

A study on select major highways in Kuala Lumpur revealed that over 70 percent of the vehicles on the road are single-occupancy. Carpooling could therefore go a long way towards reducing the number of vehicles on the road. Drivers would benefit too, from all sorts of advantages including reduced stress, fuel costs, and vehicle wear-and-tear.

The Malaysian government should explore additional incentives for carpooling and programs that facilitate finding people with whom to share the daily commute. Moreover, incentives for hybrid and electric cars could go a long way towards further reducing the emissions from private vehicles.

Charging Ahead with Electric Vehicles

GreenTech Malaysia and BMW Group Malaysia recently announced the ChargEV initiative, a new network of public electric vehicle charging stations. GreenTech Malaysia plans to install 300 stations across Malaysia in strategic locations such as shopping malls, hotels, office buildings, residential areas, and along the PLUS highway by 2016. You can already use the ChargEV stations at the Mandarin Oriental Hotel and The Curve Shopping Mall in Kuala Lumpur.

In the long term, GreenTech Malaysia’s ambitions are even loftier: by 2020, the group hopes to install 25,000 ChargEV stations to help the country reach its goal of 100,000 electric vehicles on the road (also by 2020).

Electric Connections with Other ASEAN Countries

Malaysia is fully committed to the implementation of the ASEAN Power Grid, but other countries in the region have been hesitant. The government is working with Indonesia to plan cross-border projects but so far none have started construction.

The sooner that cross-border electricity connections can be built, the better: new connections will improve the outlook for renewable energy projects (solar and wind farms), which require robust transmission networks to transport the electricity to where it’s needed and to trade excess electricity to neighbouring jurisdictions.

Building electricity connections between the South Asian islands is challenging for many reasons, including disparate energy policies, varying levels of development, and a lack of skills and expertise. To overcome these challenges, The Heads of Asian Power Utilities/Authorities (HAPUA) has conducted Harmonization Studies and made several recommendations to the group of ASEAN countries – all that remains is to turn the recommendations into action.

This is an exciting time to be involved in the green technology sector in Malaysia. Stay tuned for more updates as IGEM 2015 progresses.