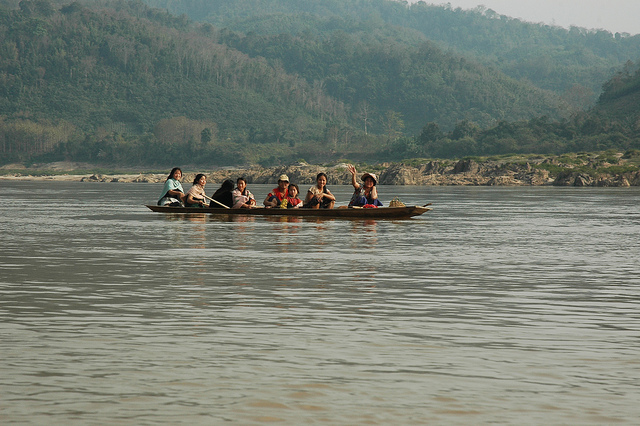 Mega First Corporation Berhad, a Malaysian conglomerate operating mainly in property development and power generation, is building a hydroelectric dam on the Mekong River. The proposed Don Sahong dam has been met with stiff opposition and would ruin countless human and animal lives if constructed, but plans for it and 10 other Mekong River dams continue.

Running through much of mainland Southeast Asia, the Mekong is one of the world’s largest rivers. It supports about 800 different native species, and is the lifeblood of over 65 million people that depend on it for fishing and farming (The Economist). It’s also home to the rare Irrawaddy dolphin, of which there are only about 300 left in the wild.

Despite potential loss of life and livelihood, preliminary work on the Don Sahong dam has begun – roads and bridges necessary for the $300m project are already under construction.

Upstream, Thailand’s $3.5b Xayaburi dam is nearing completion. That ship has sailed, but the threat of the Don Sahong dam is one that still looms. If constructed, the Don Sahong dam will block the main passage for dry-season fish migrations on the entire Mekong river, jeopardizing the river’s entire ecosystem as well as the world’s largest inland fishery. According to The Guardian, dam builders also intend to use explosives that, when detonated, will send sound waves through the river that could kill dolphins located two miles away.

Malaysia’s involvement in the construction of the Don Sahong dam sends the message that the country doesn’t value human and environmental sustainability. It is likely an endeavor undertaken for profitable purposes, as Malaysia has already constructed more hydroelectric dams than it needs to support its energy requirements.

In late 2014, a WWF public petition opposing the Mekong dam was signed by more than a quarter of a million people. The signatories represented more than 200 countries, but their opinions were unanimous – that the Don Sahong dam must not be built. Those hoping for a sustainable Malaysia must also hope that in the future, its businesses make more environmentally and socially responsible decisions.