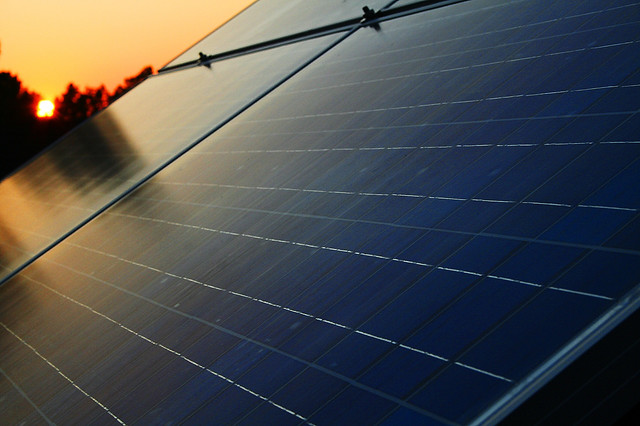 A new player in Malaysia's solar industry may not be as green as it sounds. Photo Credit: Bernd Sieker via Flickr

Malaysia – which did not have a solar industry before 2007 – became the world’s fourth-largest producer of solar cells in 2014, topped only by China, Taiwan and Japan.

Much of this growth is thanks to an influx of large international corporations who, thanks to Malaysia’s attractive green technology incentives and rising demand for solar panels and power, are setting up shop left and right.

One example is US-based panel producer First Solar. First Solar recently restarted hundreds of megawatts of production capacity in Malaysia in anticipating strong demand. The company’s Malaysian facility, which had been idle, is expected to add over 360MW of capacity this year. Considering that First Solar recently broke the record for solar cell energy conversion efficiency with a solar panel cell in one of its laboratories, the company will be a boon to green technology innovation and the green tech industry in Malaysia.

Investment and sustainable development is ramping up so quickly that in fact some countries are getting suspicious, according to News 24.

The Office of US Trade Representatives is concerned about how generous Malaysia’s tax incentives for foreign investors have become. The Office asked Malaysia to explain the tax breaks so that other countries can assess whether they are in violation of a World Trade Organisation ban on export subsidies.

Malaysia was able to verify the legality of its incentives by explaining that the rapid influx of foreign investors is not due to tax breaks alone. Because Malaysia has a pre-existing and very healthy semi-conductor manufacturing sector – a process similar to the making of solar cells. The additional convenience of local skilled engineers makes Malaysia a perfect fit for the solar industry.