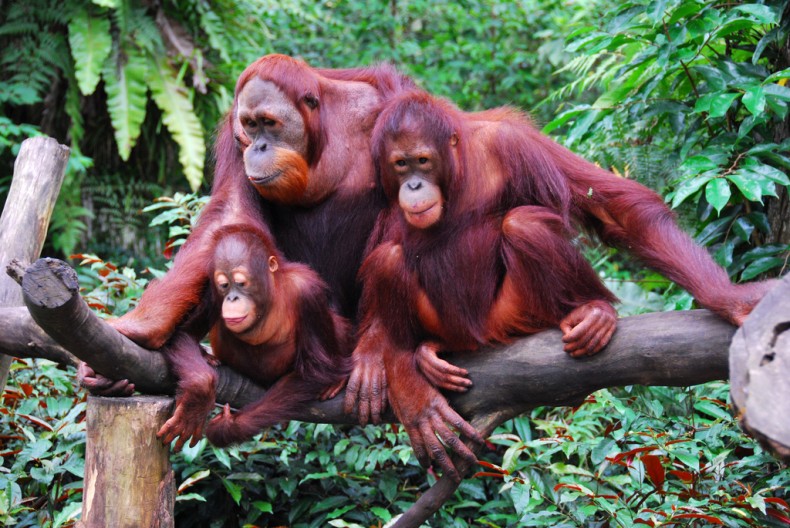 Four men were recently arrested – and the two juvenile Orangutans they were trying to sell were saved – thanks to a social media program the Malaysian Government is using to ambush wildlife traders.

Code-named Ops Taring III, the social media crackdown is showing promise. In March, seven other wildlife traffickers were caught. They were found to be in possession of various endangered species in Malaysia, including a saltwater crocodile, juvenile eagles, a bear cub, a fox and a slow loris.

The orangutan traders were detained by Department of Wildlife and National Parks Peninsular Malaysia (Perhilitan) officers after having advertised the sale of the critically endangered orangutans on Facebook. Upon a car search, the two young orangutans were found stuffed into a duffel bag in the criminals’ vehicle (The Sun Daily).

“The suspects will face three charges under the Wildlife Conservation Act 2010 for being in possession of and importing a totally protected species without a special permit and for cruelty towards the animals,” Wildlife Enforcement Director Abdul Kadir Abu Hashim said in a press conference following the late July arrests.

One of the Malaysian suspects had been operating for two years and has posted snakes, tortoises and bears for sale, Hashim added.

The Orangutans will be cared for at Perhilitan’s rescue center while DNA testing determines their subspecies and arrangements are made to return them to their country of origin.

As time goes on, Ops Taring III is only getting more sophisticated. Perhilitan said the arrest was a joint effort between its cybercrime division, the Malaysian Communications and Multimedia Commission, CyberSecurity Malaysia and Interpol, also using supporting information from the public (TRAFFIC.org).

Because criminal traders use Facebook and other social media platforms as one of their main ways to arrange and advertise sales, the advanced monitoring system could prove a powerful tool for protecting endangered species in Malaysia from the illegal wildlife trade.