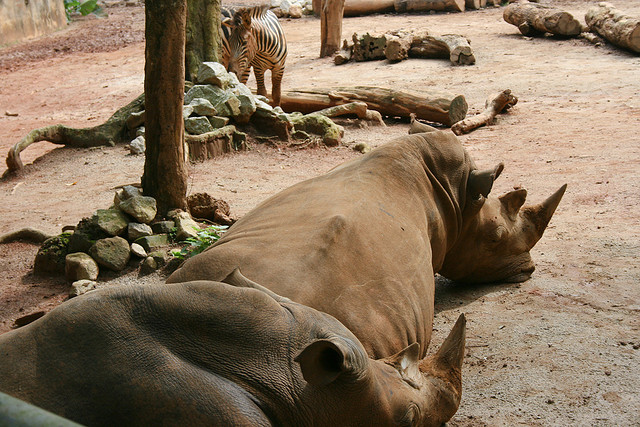 According to a recent article in Free Malaysia Today, there is not one zoo in Malaysia that fully complies with the country’s Wildlife Conservation Act.

Today, every Malaysian zoo features iron bars, cement enclosures, dirty cages and profoundly unhappy animals. A large number of personal accounts describe unfortunate family experiences at such establishments, and all of them recommend that tourists stay away from and avoid supporting these zoos at all costs.

Further evincing that the Malaysian zoo industry is out of order are the many reports of animal cruelty made against its component establishments.

When conservation group Friends of the Orangutans (FOTO) paid a visit to the Melaka zoo two hours south of Kuala Lumpur, they found the establishment void of animal supervision, but full of animal rights offenses.

“On the day of the visit we observed countless amounts of people tossing junk food – including fizzy drinks and snacks laden with sodium and MSG – to the orangutans,” a FOTO investigator said. “One visitor even threw a lit cigarette at an [Orangutan] and investigators had to stop the visitor from tossing another.”

This current circumstance is due mainly to the fact that animal cruelty in Malaysia – as long as it’s happening at a zoo – faces no consequence. The Wildlife Conservation Act that inspectors use to determine which zoos are breaking the law is not enforced by the authorities, and zoos know they can turn a profit by skimping on costs.

While staying away from zoos is currently the best way to solve the problem, any real solution will come from the government. Malaysian environmental awareness is starting to work its way into national administration, as seen in a Chief Judge’s recent crackdown on environmental offenses and a Chief Minister’s announcement of orangutan protections, but the country has a long road ahead to reach a consistent and acceptable standard for its zoos.