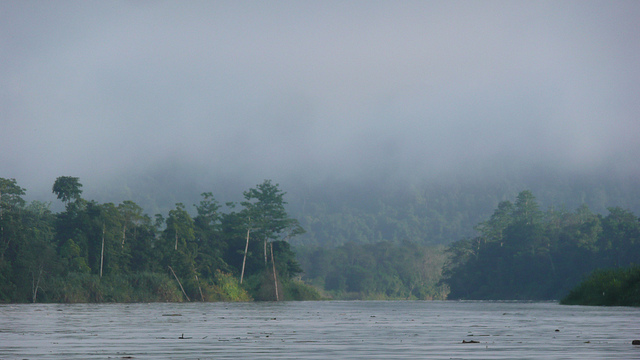 Consistent increases in Malaysian palm oil production recently caused national stockpiles to reach their highest peak since last November. Expanding rapidly, the industry is vital to the Malaysian economy and accounts for 5-6% of the country’s GDP. The growth of Malaysian palm oil, however, is coupled with growing destruction.

The havoc palm oil production has wreaked on Malaysia is in many ways endemic to the industry.

Oil palms naturally grow in low-lying lands where tropical rainforests occur. In order to convert rainforest to plantation, enormous swathes of land are often burned, creating plumes of smoke that pollute the air, and eradicating the forest and rare wildlife that depend on it. Where this deforestation occurs on peat soils – which it commonly does in Malaysia – enormous amounts of CO2 trapped in the soil are released, further contributing to air pollution and global warming.

Palm oil production also causes coastal erosion, water pollution, and often displaces indigenous people, but the industry isn’t slowing down. In fact, Malaysian palm oil producers are exporting their business to other countries like the Philippines.

At home in Malaysia, Palm oil executives often defend their industry by misleading the public about the state of the country’s forests. In September of 2014, Malaysian Palm oil Council CEO Yusof Basiron claimed that 80 percent of Sarawak’s forests were “still undeveloped,” also mentioning that “there’s no issue of deforestation.” These remarks are disproven by research showing that less than 20 percent of Sarawak remains covered by intact forest.

Almost 500,000 hectares of forest in Sarawak were converted for palm oil production between 1990 and 2010, and the state plans to convert nearly a million hectares more for Malaysian palm oil by 2020.

The facts point to a need for more sustainable palm oil production, more government regulation, or more pressure on Malaysian palm oil from the public to act responsibly.