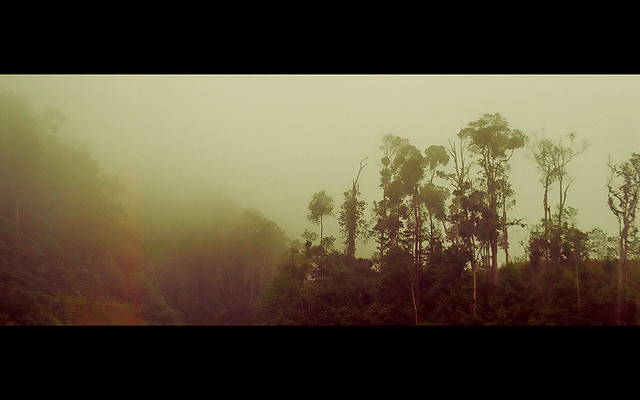 The Southeast Asian country of Malaysia is one of the most ecologically diverse regions in the world. The 130 million year old rain forests that blanket much of its 329,847 square kilometres are full to the brim with natural wonders. Malaysia boasts over 200 mammal species, 600+ bird species, 250 reptile species, as well as untold wonders found in the marine environments off its coastline. This country is, hands down, a treasure trove of environmental splendour.

This scenic beauty and diversity is increasingly being viewed as pivotal to the country’s efforts to increase the amount of tourist dollars it attracts each year. However, Malasyia’s natural beauty is coming increasingly under threat from the hazardous effects of illegal bauxite mining.

Quick explainer – bauxite is an ore from which aluminium is refined and as the world demands more and more of the metal, mining has reached a frenzied pace. Because the ore is found relatively near the surface the preferred (and most cost effective way) of mining bauxite is through open pit mining process, which, if not coupled with stringent health and safety measures, can have devastating effects on both the natural environment and the communities in the region.

Massive environmental damage is caused by toxic chemical runoff from the by-products of the mining process, as well as the loss of topsoil. Recent studies have shown that these by-products can include heavy metals, as well as arsenic, with dire consequences for all living organisms found in the vicinity of the mines. Without the strict guidelines and careful monitoring adhered to in legal bauxite mining practices, these toxic chemicals can also leak into ground water, as well as find their way into streams and rivers. As the water reaches the sea, the toxins cause irreparable damage to marine life. However, it is not only the toxins themselves which cause illness. The red dust that fills the air around bauxite mines (no doubt caused by the currently unregulated heavy transport vehicles that operate 24 hours a day around the mines and on public roads) has been reported by Malaysians to cause severe respiratory distress.

In Malaysia the mining of bauxite has become a source of large amounts of revenue for both state and national governments. The number of mines focused on bauxite has been increasing steadily since 2014, especially in the eastern peninsular state of Pahang. Another state, Kuantan, is also a hotbed of bauxite mining, with many mines stating that 100% of the mined ore is exported to China. In fact it has been reported that several Chinese companies are setting up shop in eastern peninsular Malaysia, taking in the riches from the bauxite ore with little regard to the damage the unregulated activity has on the environment and health of the population.

The increased mining activity is undoubtedly driven by China’s insatiable demand for the ore. The demand for Malaysian bauxite ore has spiked since Indonesia banned ore exports in 2014 to promote the value added industry of refining the ore into finished aluminium. To give some idea of this industry’s growth it is interesting to note that in 2014 Malaysian exports to China were 12 times bigger than in 2013. Furthermore, momentum continues to build, with China importing an average of 2 million tonnes of bauxite ore per month in recent months, while the country’s total monthly import of bauxite ore is predicted to be considerably greater. 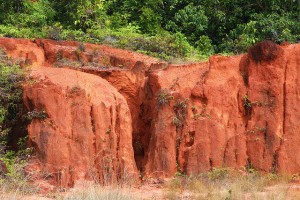 This massive demand has led to the granting of licenses for mining activities to both local and international mining groups. However, in light of weak regulations and lack of oversight, there is increasing dissatisfaction with the lackadaisical attitude of many of these mining operators to the proper handling of the by-products caused by mining operations. Ideally these should be disposed of according to strict health and safety guidelines set in place by the government – but it now appears that many of these guidelines are being flouted in the name of profit.

But the tide may be turning for those mining operations that continue to put profit above sustainability.

In July 2015, state authorities in Pahang revoked the licenses of 34 contractors due to rising concerns that the impact of unregulated bauxite mining in the region was becoming increasingly harmful to both the natural environment and the people of the state. This would leave 11 operators with permission to operate in the state – giving some idea of how much damage was being done to the environment as a result of the sheer number of unmonitored contractors who had previously had licenses.

It is not only the current generation of Malaysians and its fabulous natural beauty and diversity that will be affected if these illegal mining operations continue to enjoy the largesse that comes from increased Chinese demand – it is future generations as well. Science has recognised that the rainforests of the world serve as repositories for some of the most promising medical discoveries that science is now only beginning to appreciate. The loss of these habitats may drive into extinction many species that hold the keys to the future of humanity.

While the Malaysian government can be saluted for its most recent attempt to demonstrate due diligence by retracting certain mining liscenses, the bauxite mining industry requires a continuously proactive monitoring presence to ensure the health of the population and the environment within which they operate. As other states, such as Australia, have adequately managed to put in place strict guidelines to create a safe and sustainable legal bauxite mining industry, Malaysian authorties too need to weed out illegal bauxite miners and impose stringent controls to prevent pollution and contamination of the environment. It’s ability to do so will be the deciding factor in ensuring Malaysia’s future environmental and social sustainability.