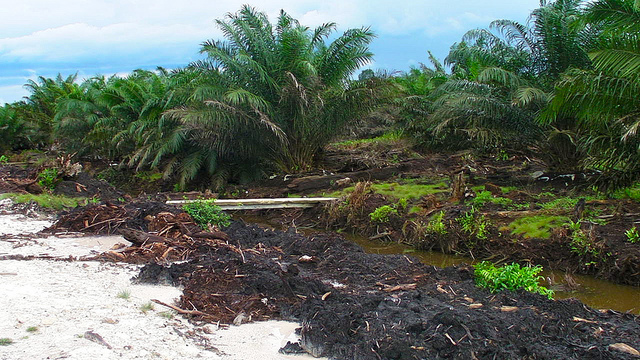 If you took a shower this morning and had a slice of toast before work, chances are that you enjoyed the benefit of the most consumed vegetable oil in the world – palm oil. Palm oil is used in products ranging from Old Spice deodrants to Pop-Tarts and ice cream, along with many more household and industrial items. The World Wildlife Fund estimates that up to 50% of the consumable products that we use in our homes contain palm oil.

While there can be no question that palm oil is an incredibly useful agricultural product, a much darker side to the cultivation of Oil Palms has emerged. Indonesia and Malaysia are the two largest producers of palm oil and account for around 80% of the world’s total production. As profitable as the palm oil industry is (and there can be no question that the cultivation of Oil Palms contributes significantly to the coffers of these two countries) the cultivation is tinged by accusations of human trafficking and environmental degradation. The social cost of what is increasingly being viewed as monoculture is also becoming a concern.

In Malaysia, home to some of the world’s most magnificent rain forests, increasing Oil Palm cultivation is having an undeniably negative impact on the environment and has begun to raise questions as to the sustainability and environmental cost of the current methods of cultivation. This is not a new phenomenon. In Sabah (Malaysia’s easternmost state on the island of Borneo) deforestation has been gathering pace since the early 1970’s. From 1973 to 1992 the forest cover in the state declined from 51% to 15%, and by 2003 around 87% of the land under cultivation was for palm oil. In light of continuing demand from China and India, and with the US importing 90% of its palm oil from Malaysia, today those numbers have jumped again. 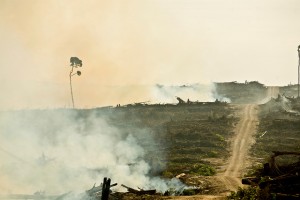 There can be no doubt that biodiversity suffers significantly under this intensive cultivation. The species found in Oil Palm plantations do not exhibit the same diversity as those found in the primary rain forest, and the plantations are also safe haven for many invasive species. Due to the destruction of valuable habitat, already endangered species such as orangutans, rhinos, and elephants, as well as indigenous communities, are increasingly at risk. It almost goes without saying that the destruction of the rain forest robs science of a rich source of biological specimens that could change the course of medical science. There are also other considerations to take into account. A healthy rain forest ecosystem is key to Malaysia’s efforts to promote the ecotourism industry – and should the Oil Palm plantations continue to spread unchecked, these efforts may very well be derailed by rampant deforestation. 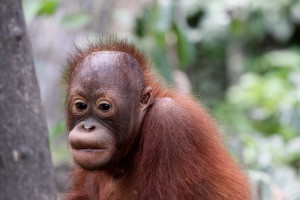 There is a very real human cost to the proliferation of Oil Palm plantations, with working conditions for migrant labourers amongst the worse in the world. Not only are foreign workers subject to substandard working conditions, but in many cases they are forced into labour on the farms as a result of human trafficking. Malaysia is known to have severe problems related to the abuse of migrant workers. In 2014 the U.S. State Department released its annual Trafficking in Persons report which gave Malaysia the lowest possible tier-3 rating. The report also accused the Malaysian government of failing to take sufficient steps to curb the mistreatment of migrant workers and addressing the trafficking issue. Unfortunately, in light of the ongoing Trans Pacific Partnership negotiations, the US recently upgraded Malaysia to the status of tier-2, despite the lack of improvements on behalf of Malaysia’s government in tackling the human trafficking and worker conditions issue.

Palm oil plantations are not only affecting biodiversity and feeding the rampant human trafficking trade in Malaysia – the impact of the farming practices are felt across the entire Southeast Asian region. Every year small fires are set in Malaysia and Indonesia to clear forest to prepare land for the planting of Oil Palm saplings. However, small fires have a habit of spreading out of control and enormous wildfires blanket the region in smoke and haze, posing a serious threat to the populations health. In the worst years with high winds, countries like Singapore are cloaked in haze so thick that it is impossible to see more than a few metres ahead. Eye burn and throat irritations are common. The elderly are advised to stay indoors and those with respiratory problems dare not venture outside. Most of the population sport surgical masks to help filter the enormous amount of particulate matter in the air.

So it would seem that the palm oil industry is beset by problems related to social and environmental issues, and in fact there can be no argument about the harm that the cultivation of the palms causes. But the issue, like many related to large scale agriculture is more nuanced than a simple condemnation of the industry in terms of its human rights and environmental records. The palm oil industry has undoubtedly lifted some subsidence farmers out of poverty and improved the lives of many families with few other alternatives.

Then there is the important role that palm oil plays in bringing in much needed foreign exchange into a rapidly growing country where the government is grappling with the provision of social services and funding infrastructure growth. A recent statement by the Malaysian government said that the palm oil industry was expected to contribute 178bil Malaysian Ringgit to the economy, certainly not pocket change.

But as the cost of the industry begins to rise, can a balance be struck between social and environmental good and the pressure of Malaysia’s growing requirement for foreign exchange? The solution may lie in a push towards sustainable palm oil. In 2004 a group of non-profit organisations and palm oil companies formed the Roundtable for Sustainable Palm Oil (RSPO), which set out the principles required to run the palm oil industry by engaging in practices that would protect both people and the natural environment. To date the results have been mixed, but it is essential that efforts to reign in the worst excesses of the palm oil industry are taken seriously.

Furthermore, as palm oil is going to remain part of our lives for the foreseeable future, with production forecast to increase by 65% by 2020, our task is to ensure that this growth is met with necessary constraints and sustainable solutions to ensure the environment, wildlife and communities are protected. While this requires significant effort on behalf of the Indonesian and Malaysian governments, protecting our environment and securing human rights is a global concern, and both the public and foreign governments should take a global stance on the issue.