Toxic Landfill is Grim Example of Waste Management in Malaysia 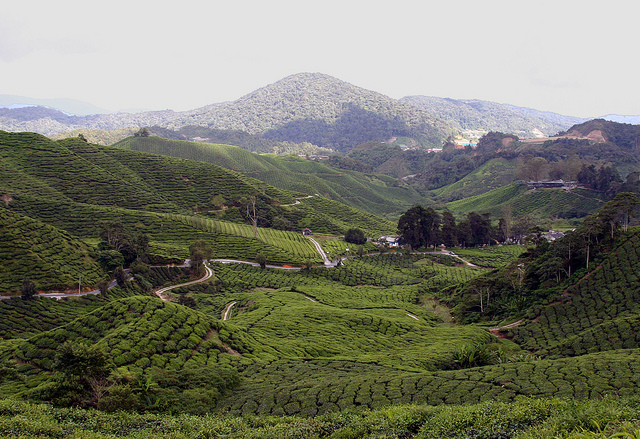 Tea Plantations on the Cameron Highlands by Christian Junker @flickr

A landfill in Malaysia’s Cameron Highlands is growing, burning, and oozing toxic waste into nearby valleys and rivers. Locals are dumping all their garbage into gigantic piles, and the problem is becoming an emergency.

“It is a problem of mentality. This has been going on for years. It has become worse because the amount of rubbish is increasing along with development.”

There are 126 rivers and smaller tributaries running through the Cameron Highlands. Their majority flow into a nearby dam, but a fair number pass directly through nearby towns. Of the 126 rivers, Ramakrishnan guesses only eight could be categorized as healthy. Three of the rivers are so polluted that the water is unsuitable for any purpose at all, even irrigation – even after treatment (Malaymaildaily).

The Cameron Highlands was once a beautiful vacation spot. Though it can still be found in tourism books, and still draws more tourists and more garbage to the area, it has become an unfortunate example of the state of waste management in Malaysia.

Garbage dumping is one problem, but silt and sediment from illegal land clearing, mining activity and logging is bloating rivers as well. Toxic chemicals from industrial dumping, radioactive material from Bauxite mines and ocean dumping add to the mix, creating a picture of waste management in Malaysia that is quite bleak.

“We have been trying to educate the community for 15 years via numerous awareness programs. Nothing has changed,” said Ramakrishnan of the Cameron Highlands. He believes the only solution is swift and decisive legal action.

“The government has to introduce heavy fines or even jail terms for polluters,” Ramakrishnan continued. Given how callous illegal dumping is surrounding resource extraction, industry and other communities – perhaps that is in fact the answer to the problem of waste management in Malaysia.