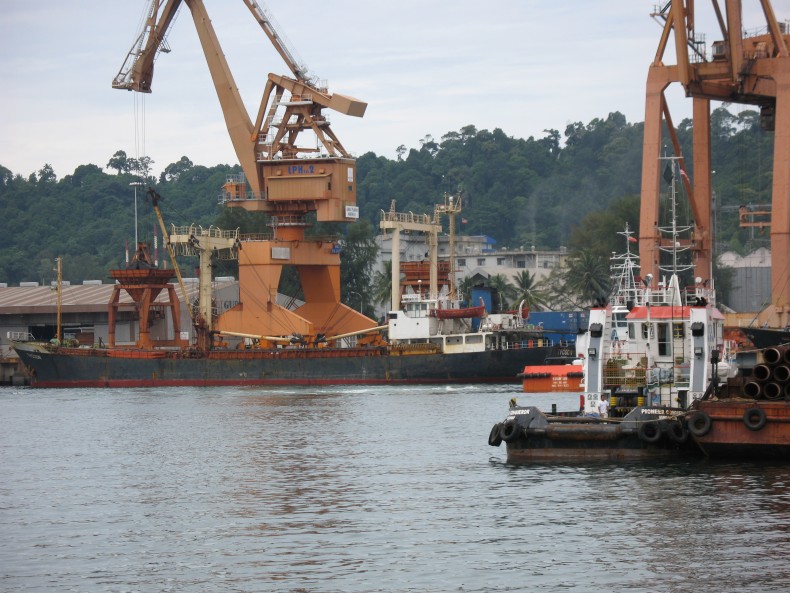 Illegal bauxite mining in Malaysia has been causing an uproar of late, as the unregulated practices and resulting pollution pose dire risks to human, animal and environmental health.  The bauxite-rich state of Pahang has been hit particularly hard by mining pollution, but the state’s Environment Department (DoE) is misleading the public about its negative effects.

Open-pit bauxite mining – the kind being done in Malaysia – stirs up red dust full of carcinogens and heavy metals, sending it adrift into the air and waterways surrounding the mines.  With no adequate controls in place, the dust inevitably hits the rivers and ocean, turning them red, clogging the gills of fish and infecting marine life with toxins later consumed by Malaysians.

Pahang’s DoE recently conducted an analysis on red waters near a bauxite stockpile.  Soffi Abdul Razak, chairman of the Pahang Public Amenities and Environment Committee, declared that the analysis revealed the water was free of heavy metals.

Suspicious, a Malaysian news portal called the New Straits Times decided to conduct an analysis of its own.  Five days after Soffi’s announcement, a Special Probes Team took samples from nearby red-stained rivers and estuaries.  The results showed that not only was the water contaminated with heavy metals, it showed early stages of radiation contamination.

Soffi publically commented that the so-called “red sea” phenomenon was not harmful to humans or marine life.  Either the DoE analysis he was referencing was thoroughly flawed, or the public figure was misrepresenting facts to the public.  Considering the amount of profit surrounding bauxite in Malaysia, the boost exports are giving the Malaysian economy and the country’s less than spotless reputation for government corruption, it is not inconceivable that foul play is afoot.