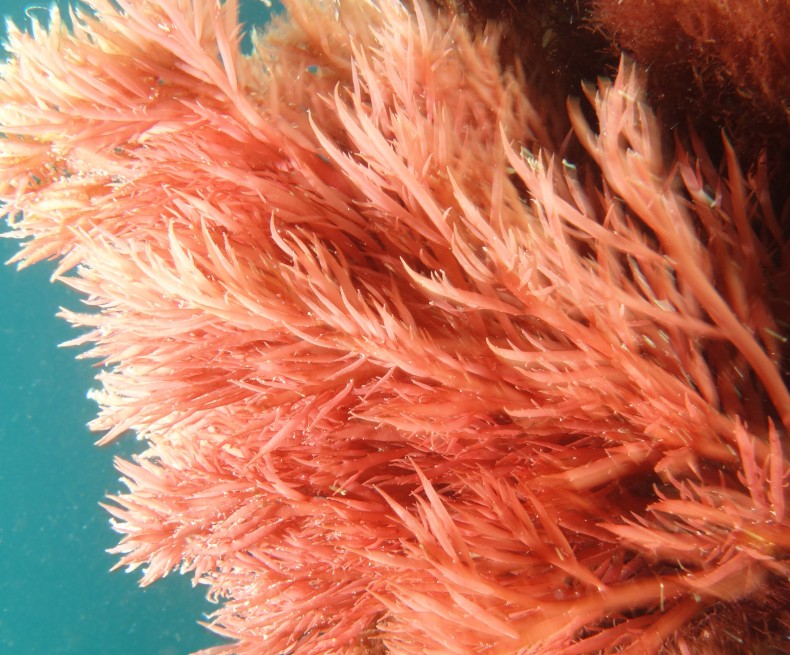 At Universiti Malaya in Kuala Lumpur, students and professors are hard at work finding out how to turn red algae into biofuel.

Cheap to produce and utilizing none of Asia’s short supply of farmland, red algae could be a breakthrough in energy production.  Farming it doesn’t contribute to any of the environmental problems facing Malaysia.  No deforestation is required, no air or water pollution is created, and no communities are displaced.

Proffesor Phang Siew Moi, director of the university’s Institute Of Ocean And Earth Sciences, elaborates on another benefit to using red algae.

“It is sustainable,” he said in interview with The Star.  “There is no conflict with tropical rainforests because it grows in the sea. And as it grows, it photosynthesises and removes carbon from the environment.  So if you have a business cultivating large areas of seaweed, you’re removing carbon and can, in fact, sell carbon credits and make money.  And seaweed is very good at removing (excessive) nutrients from water, which helps clean the sea.”

Besides being a sustainable source of energy, red algae has exciting prospects in several product markets.

The primary algae project at the university lab, in fact, is creating paper from red algae.  As a source material for paper products, red algae is far preferable to wood.

The fibers of wood are coarse, dense and brown, requiring a lot of energy and chemical processing to turn into paper.  By contrast, red algae fibers are fine and smooth.  Processing red algae into a pulp is much easier, and actually yields a higher quality paper than wood.

Red algae fibers also contain hollow spaces, making them porous and absorbent.  This lends the potential to use material from the marine plant as an eco-friendly substitute for products like diapers, face-masks and cigarettes.

Impelling as these projects are, it is biofuel that has scientists working the hardest.  A marketable method for creating commercial-grade fuel has not yet been discovered, but the conversion from plant to power is half-completed as part of the paper making process.  Red algae produces a jelly-like substance called agar when cooked that has all kinds of uses, including the creation of bioethanol.  Agar is a byproduct of the paper creation, making red algae biofuel a potentially “free” source of energy.

Native to South Korea, the species of red algae in question is being shipped to Malaysia for study and potential mass production.  Korea’s climate allows the algae to grow its useful leaves only during the warm season, but in Malaysia it can bloom year-round.  After a careful introduction to Malaysian waters, the algae has been thriving in controlled environments.

The scientists studying red algae at Universiti Malaya could be onto something big.  They are afraid to speculate in depth on the impact this development could have on their country, but excitement is in the air.  A sustainable, ocean-repairing, clean energy-producing and even water-saving cash crop could spell big progress for Malaysia – a boost that would be especially welcome after its recent governmental meltdown.  More news on red algae from the lab is being anxiously awaited, and hopefully thought after.