Malaysia Scrambles to Save the Sumatran Rhinoceros 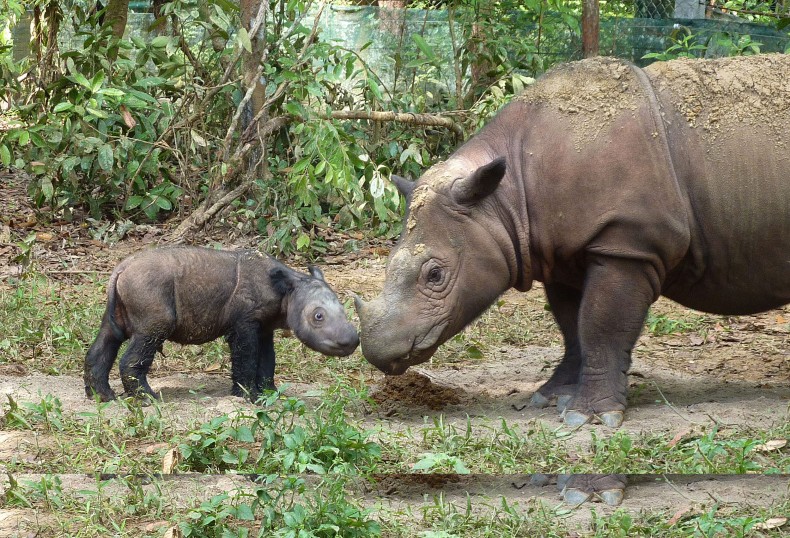 The Malaysian state of Sabah is pulling out all the stops in its campaign to save the Sumatran rhinoceros from extinction.

According to human knowledge, there are only a handful of Sumatran rhinoceros left in the world.  The announcement that wild Sumatran rhinos are extinct in Malaysia has already been made, but the country still holds out hope for its domesticated animals.  Three are being kept at the Borneo Rhino Sanctuary in Sabah: two females, Imam and Puntung, and a male called Kretam (or Tam for short).  At this stage of critical endangerment the only reasonable hope for the rhinos is captive breeding, but both females have fertility issues.  Plans to send Kretam to the Cincinnati zoo to meet a female named Suci were also made, but cancelled when she died last year.

None of these endangered rhinos have been spotted in the Malaysian wild for over 12 months.  Borneo Rhino Alliance (BORA) executive director Datuk Dr Junaidi Payne recently said that he was 99.9 per cent certain there were no more Sumatran rhinoceros in the wild in Malaysia.  As it stands, international cooperation may be the rhinos’ only hope for survival.

That hope lies mainly with Indonesia, Malaysia’s southern neighbor and known harbor to healthy Sumatran rhinoceros with which Malaysia’s could be bred.  But despite Malaysia’s efforts to make a deal, a government-to-government understanding has yet to be achieved.

“We hope to work with Indonesia for a joint study in the conservation of the species,” said Sabah’s Natural Resources and Environment minister Junaidi Tuanku Jaafar after a meeting with Indonesian fuel suppliers in late August.  He and other officials have expressed their deep desire to strike up an agreement, but it isn’t entirely up to them.

Scattered sightings of wild Sumatran rhinoceros in Malaysia are still being reported, but their presence hasn’t been confirmed.  If they are discovered, the animals will be sent to Sabah for protection and breeding but until that happens, everything rides on Indonesia.