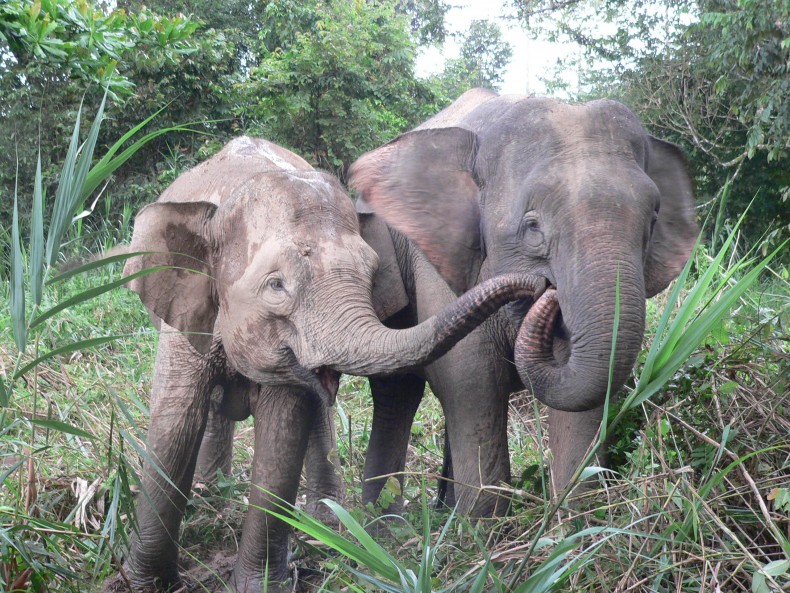 The Borneo elephant, otherwise known as the pygmy elephant, lives in the tropical forests of the island for which it is named.  The pygmy elephant’s primary habitats are the wooded areas of northeastern Borneo.  Most of these reaches are located in the Malaysian state of Sabah, and are also prime territory for logging and palm oil production.

These two industries have destroyed several major portions of the pygmy elephant’s home.  Thanks to unsustainable logging and palm oil, Borneo’s small and unique population of pygmy elephants – estimated to be less than 1,500 – is being forced into smaller and smaller areas.

There are several reasons that this habitat destruction is tough on these creatures.

Pygmy elephants range in herds, usually of around eight individuals led by a female matriarch.  They are shy and generally avoid people, but develop intricate social dynamics within and between herds.  These dynamics are important to mating and therefore important to species survival.  The smaller pygmy elephant habitats get, the fewer herds they can support, and the harder it is for herd dynamics to successfully result in elephant births.

Where habitats aren’t getting destroyed by logging, they are being transformed into monocultures of oil palms for palm oil production.  A pygmy elephant can survive in a palm oil forest – in fact, the pygmy finds palm oil trees especially delicious – but when farmers come to the defense of their crops, elephants sometimes end up being killed for having a snack.

There is a simple solution to these problems: sustainable forest management.  Timber producers using selective felling methods (where only trees above a certain size limit are harvested) can harvest wood while keeping forests livable for pygmy elephants as well as Borneo’s host of other rare and beautiful creatures.  Sustainable forestry is also in Malaysia’s best economic interest, as it allows forests to be harvested more continuously and ensures that the industry won’t run out of woods to cut down.

Malaysia is taking steps to encourage sustainable forest management.  The government has enacted laws against and fines for the worst kinds of logging.  Enforcement of these laws is difficult, and bad logging is still practiced, but the idea of sustainable logging is catching on – Sabah recently recognized that it must slow logging to ensure its sustainable future.

With its level-headed take on logging, Sabah is setting an example for the rest of Malaysia.  With continued effort, sustainable forest management could ensure the the survival of the pygmy elephant, and the stable development of Malaysia.