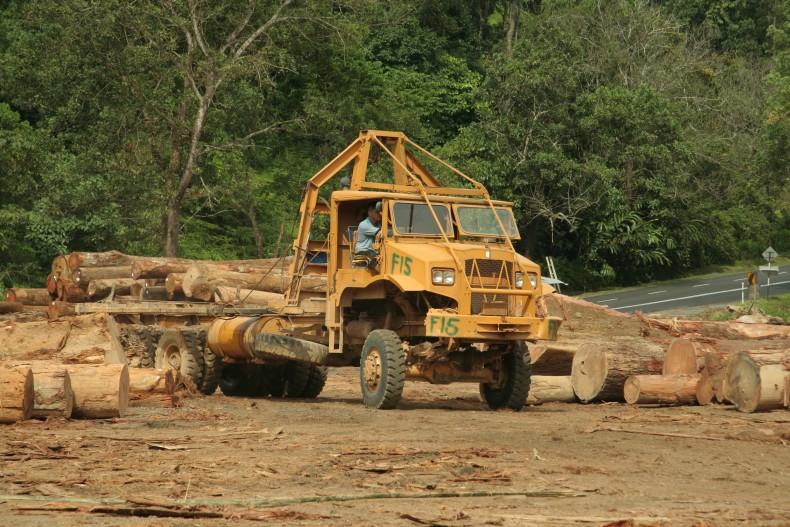 A recent sizing-up of illegal logging in Malaysia revealed that the Forest Department of Sarawak conducted 240 raids, confiscated 12,000 cubic meters of timber and submitted a total of 122 investigation papers to the state government as of July this year.

Much of this legal action has to do with a recent amendment to the law.  Forest Department director Sapuan Ahmad explained the small but empowering legal change in late July.

“Under the new law, [logging company] owners have to prove to me that those logs are legal. Not like before, that I have to prove that they are wrong,” he said.

The Eastern Malaysian state of Sarawak has had a long and difficult battle with illegal logging.  Its forests, though home to a magnificent but rapidly declining array of plant and animal life, are prime territory for tropical timber.  Taking down illegal logging companies has been very difficult for authorities for the past few decades, but thanks to the new amendment – and a crackdown initiated last year – logging criminals have been given a run for their money.

Though these statistics give ample evidence of how successful the crackdown has been, there are still a few loopholes to close up.  The biggest has to do with where the illegal logs go after confiscation.

“The seized timber means we have saved millions of ringgit from being stolen from our jungle. Though the logs will be auctioned off to anybody who wants to buy, at the same time, I also want to work out a system whereby the offenders cannot buy back the confiscated logs,” said Sarawak Chief Minster Adenan Satem.

Adenan is working hard to clamp down on illegal logging.  The work he and the Sarawak Forest Department are doing has been a big step not only for logging, but for sustainable development and wildlife conservation.  Taking timber criminals out of the game leaves more forest for Sarawak’s animals, keeps alive more trees that reduce air pollution and encourages sustainable forest management that will allow Sarawak to survive off the proceeds of responsible logging for many years to come.  Adenan has pledged to weed out illegal logging, and judging by his recent decisiveness in protecting Sarawak’s orangutans, he’s got the passion and dedication to do it.