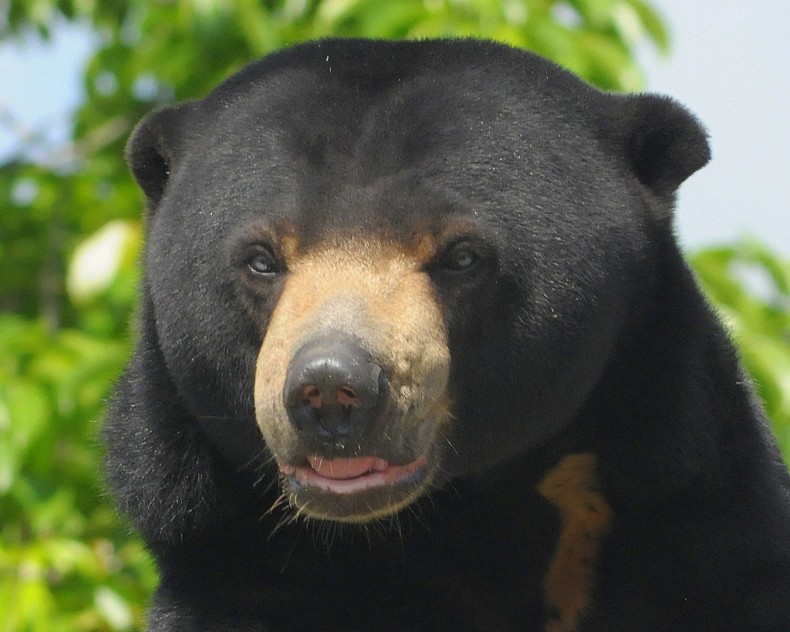 The Malayan sun bear is a little-known species.  The smallest bear in the world, it is a playful, honey-loving tree-climber that once roamed much of Southeast Asia.  Now, though, it lives mostly in Indonesia and Malaysia, where it is threatened by deforestation and poaching.

Thanks to these two threats, the world’s population of sun bears has decreased 30 percent in the last 30 years.  Where, why and how deforestation in Malaysia has harmed these creatures is clear.  Not so clear is the role poaching has played, but a recent study reveals that it is a bigger factor than was previously imagined.

Apparently, Malaysia has an insatiable demand for bear gallbladders.  Bear bile is used in traditional Chinese medicine, and a recent report found that 48 percent of Malaysia’s traditional medicine shops were selling bear bile.  Hundreds if not thousands of bears are dying every year in order to keep it in stock.  The medicine store study was carried out by TRAFFIC, an international wildlife trade monitoring network.  TRAFFIC’s regional director Chris Shepherd is worried by the findings.

“If this is an indication of the level of poaching of Malaysia’s sun bear, this species could be far more threatened here than we suspected,” Shepherd said.

The data also indicates that wildlife poachers in Malaysia are not overly fearful of law enforcement.  Considering that there have been recent crackdowns on illegal poaching and wildlife trading in Malaysia, this is a bad sign.  Wildlife protection authorities have recently upped capacity, enhanced protections and even started using social media to track criminals, but it still may not be enough to stop poachers.

It is clear that Malaysia still has a lot to do in order to protect its wildlife.  The amount of illegal animal parts in traditional medicine stores reflects both a failure in poaching control and a culture willing to use products that mean the death of endangered species.

Working to fix both these problems is the Bornean Sun Bear Conservation Society (BSBCC).  Dedicated to protecting sun bears in Borneo, the organization rescues and rehabilitates sun bears.  Committed to informing Malaysia about the plight of these bears, it runs school outreach programs.  These programs teach children not only about the sun bear, but about animal welfare, local wildlife laws and deforestation – arming Malaysia’s next generation with the knowledge to fight unsustainable logging and poaching.

Perhaps Malaysia’s continued wildlife crime crackdowns, combined with conservation and education programs from organizations like BSBCC, will be enough to turn the tide on more than just illegal poaching in Malaysia.