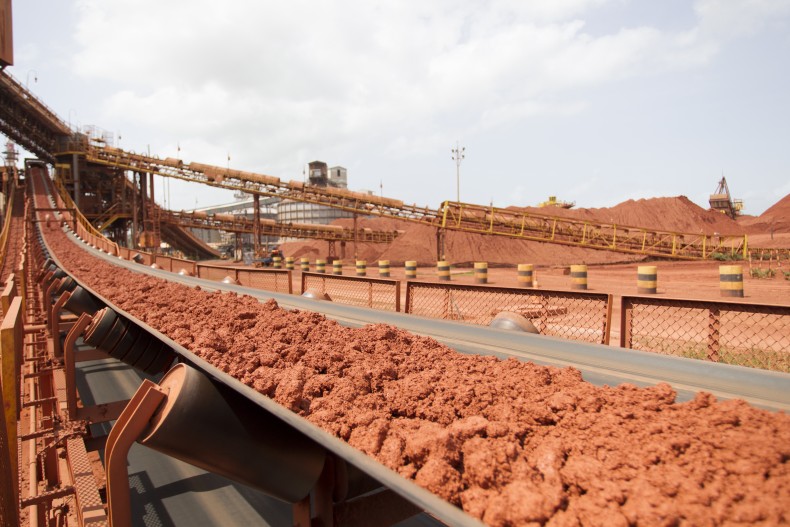 In the past year, Malaysia has emerged as one of the world’s leading producers of bauxite, the raw ore used to create aluminum.  The discovery and feverish exploitation of bauxite in Malaysia (a reaction to Indonesia’s drop-out as a supplier to bauxite-hungry China) has been a boon to the nation’s economy.  But unfortunately, the unregulated mining operations that have sprung up are creating an epidemic of toxic pollution.

As it stands today, bauxite production in Malaysia represents a dilemma of industry versus community and environmental health.  So far, industry has been winning the fight – authorities have let mining activity ramp up while employing no real effort to enforce safety regulations that could save the country’s rich natural environment and protect local communities from potentially being poisoned.  The solution is either to stop mining or to regulate it, and with China’s demand rising, stopping doesn’t seem to be a likely reality. 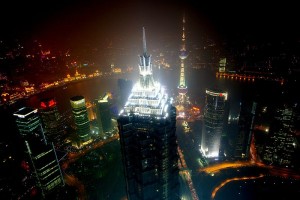 Made largely of Aluminum, China’s Jin Mao Tower stands as an example of the country’s insatiable demand for bauxite.  By Patrick Nagel @wikipedia

In fact, a recent deal between Malaysian bauxite mining company Asdion Berhad and China has ensured that bauxite mining in Malaysia is going nowhere but up.  The contract states that Asdion will supply China with 4 million tons of bauxite per year from July onwards.  This guarantees that Malaysia’s struggle with bauxite pollution will continue and underlines the need for better regulation of the mining activities.

The China contract will result in an even bigger jump in Malaysian bauxite production – 4 million tons per year is more than the country produced in all of 2014.  The 962,799 tons produced in 2014 is in turn over four times what was produced in 2013, and both of those figures pale in comparison to the 10.2 million already exported to China from January to July of this year. Meanwhile, news of bauxite pollution in Malaysia is getting worse and worse.

In Kuantan, a seaside town rich in mineral deposits, rivers and seas run red with toxic dust released in the bauxite mining process.  The dust contains hazardous elements like mercury, arsenic and highly radioactive uranium.  It clogs the gills of fish, contaminates fish that are later consumed for food, and damages the lungs of those who breathe it in.  All of these forms of contamination can cause cancer, and will likely prove deadly if bauxite pollution isn’t reigned in.

What is potentially more worrying than the health implications of bauxite pollution is the way Malaysian government is handling the situation.  Concerned Kuantan citizens were recently assured by a local environmental chairman that red waters in and around the city tested negative for hazardous chemicals and that the discoloration was nothing to worry about.  The test in question was conducted by the state-owned Department of Environment (DoE), but an independent follow-up test contradicted those findings.  Conducted by the New Straits Times special probes team just days after the DoE study, the independent test confirmed the presence of heavy metals – and early stages of radiation contamination – in the same waters.

A piece of good news surfaced when the Malaysian government revoked the licenses of 34 shady mining operators in Kuantan’s surrounding state of Pahang.  This is a good development, but the real answer to Malaysia’s bauxite problem is safety regulation and government oversight.

Well-regulated bauxite mining doesn’t have to take a toll on the environment.  Australia is currently the number one supplier of bauxite to China, and its production process is much cleaner.  Australian operations are required to uphold strict sustainability standards that minimize pollution. 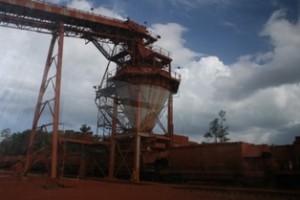 One of the world’s largest bauxite mines in Weipa, Australia by cape-york-australia @wikipedia

A 2008 sustainability report from Australia recorded data from most of the country’s mining corporations – which together were responsible for 66% of the world’s total bauxite that year.  Of the surveyed operations, 80% were certified for environmental management.  That certification (ISO 14001) requires great care taken for the environment and the rules state that precautions are taken before, during and after mining to ensure that the area used doesn’t suffer from the extraction process.  Topsoil contamination is minimized, and the land used for mining must be able to support native plants after mining is complete.  The displacement of local people is also kept to a minimum, and those displaced are compensated for their losses.  Most importantly, the entire area used for mining is rehabilitated after use.  The rehabilitation objectives are summarized as follows:

“The bauxite mining operations aim to restore pre-mining environment and the respective conditions; this can be a self-sustaining ecosystem consisting of native flora and fauna or any other land-use to the benefit of the local community.”

Given the planned capacity increase for bauxite mining in Malaysia, such regulation will be necessary in order to avoid an environmental catastrophe.  If Malaysian miners keep straining to meet China’s demand at their current rate, environmental damage will not only multiply but will also become an irreversible burden on Malaysia.  Water and air contamination has already started to affect fishing and food security in addition to community health.  Soil has also been tested positive for pollutants, which could affect agriculture and those who depend on it.

Despite all this potential damage and complaints from local communities, it looks like bauxite mining in Malaysia will only continue to expand, especially as  Indonesia recently decided to uphold its ban on mineral exports.  A repeal on this ban – which would decrease pressure for bauxite extraction (and cut into profit opportunities) for Malaysia – was considered, but ultimately rejected.  Keeping competition low, this ruling solidifies Malaysia’s place as a bauxite exporter and advances the need for bauxite regulation further than ever.