Will Indonesia Change After This Year’s Fires? 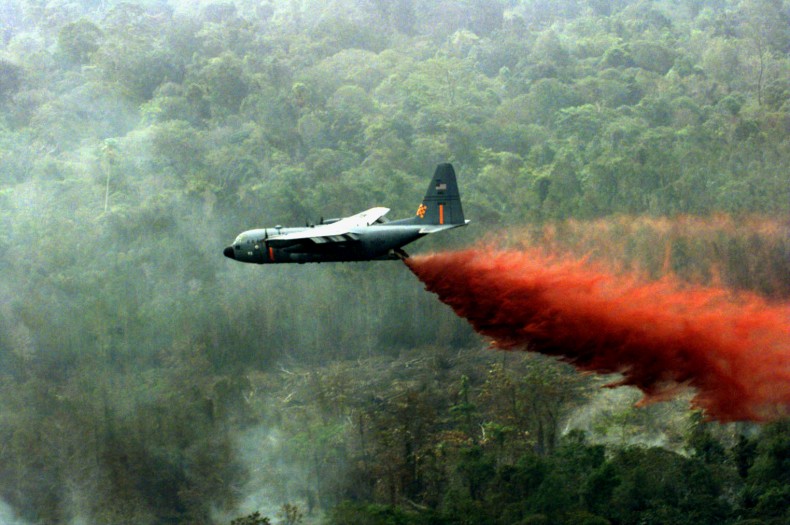 As fires continue to rage through Indonesia and the haze they produce chokes Singapore, Malaysia and neighboring countries, people are looking for answers.  When will it stop?  What is Indonesia doing about it?  Will it happen again next year?  Indonesia has been promising for years to step up security – will this time be different?

There can be no denying that this year’s fires (some of the worst ever recorded in Indonesia) have spurred authorities into action.  Seven company executives were just arrested for charges relating to ‘environmental mismanagement’.  Arrests like these are rare, and the accused could be jailed for up to 10 years and fined as much as $700,000.  Whether these executives will be taken to task is yet to be seen, but a recent court ruling against notorious palm oil company PT. Kallista Alam suggests the country’s justice system means business.

Kallista Alam was just ordered to pay a whopping $25.6 million for illegally burning peatland in the northern tip of Sumatra.  Apparently, the burnt land was originally seized from local communities.  Property rights must now be given back to locals, the offending corporation has been duly fined, and justice has been served – but a closer look at the case somewhat deadens the victory.  The  illegal ‘permit’ PT. Kallista Alam used to claim the land in the first place was issued by a former Indonesian governor.  This is a poignant reminder of the country’s state of corruption.  The case also took five years to resolve, and may have only ended the way it did because exhaustive local resistance eventually saw the issue blow up on international media.

On the upshot, if media attention is the key to stopping peatland burns, this year might do the trick.  International media outlets have been all over this story, from the fires themselves to the cloud-seeding techniques used to calm them to the recurring waves of haze still affecting Malaysia and Singapore.  The world is being clued in to how serious these fires are for good reason – estimates show 52,000 hectares of Sumatran forest have been burnt, tens of thousands of people have fallen ill thanks to these fires and air travel in Indonesia and Malaysia is seeing delays and cancellations. 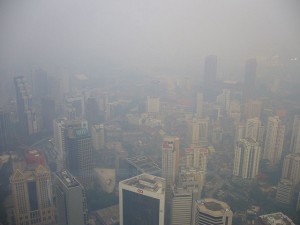 Recent rains have improved air quality and the Indonesian Government has pledged to deploy more police on the ground and water-bombing helicopters in the air to help fight the flames.  It looks like the fires might be under control, but the nagging question that remains is whether things will change or not.

The intention to stop the fires seems to be strong, and Indonesia’s government claims it is doing its best every year.  In 2013, Indonesian President Susilo Bambang Yudhoyono even published a formal apology to Singapore and Malaysia for the haze pollution stemming from his country.

“For what is happening, as the president, I apologize to our brothers in Singapore and Malaysia,” Yudhoyono said.

Yudhoyono’s background would suggest he was being sincere.  While in office, the president was one of only three world leaders chairing a U.N. panel that placed very high priority on the environment and future sustainable development.  Try as it might, the Indonesian government cannot arrest every burner.  It is very hard to enforce legal burning amongst small-time farmers across the country.  That being said, big companies are by far the worst offenders, and their burning causes more harm than the small plots independent farmers ignite.  Policy change and more stringent requirements on big paper mills and palm oil plantations would seem to be a good next step.  The responsibility for enacting strict laws and putting criminal executives behind bars lies with government and leadership – but a leader can only enact the laws his people and cabinet will tolerate.

Providing some hope is the fact that Indonesia’s election system recently changed – Yudyohono was the country’s first directly elected president.  Indonesian presidents have been democratically elected since 1999, but the process has previously been subject to strategic alliances, and the president was elected by the People’s Consultative Assembly rather than the people themselves.  Now that Indonesians have a more direct say in what goes on, perhaps they – affected by the haze worse than anyone else – will vie for leaders and governments that will stop illegal burning. 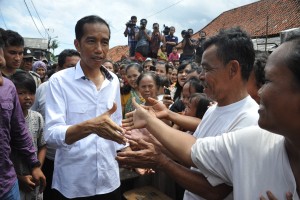 This may be the case with current president Joko Widodo.  The Guardian suggests his crackdowns on deforestation mark a turning point in the environmental conduct of Indonesia.  Widodo has reviewed palm oil plantation operations, stating that “If they are indeed destroying the ecosystem because of their monoculture plantations, they will have to be terminated. It must be stopped, we mustn’t allow our tropical rainforest to disappear because of monoculture plantations like oil palm.”  Even the often-scathing environmentalists of Greenpeace appear to be happy with Widodo.

So perhaps Indonesia will wake up, as its president has promised to do and its current legal and political action suggests it has.  Indonesia did, after all, finally agree to sign the ASEAN Agreement on Transboundary Haze Pollution (a document requiring it to cooperate with ASEAN countries to reduce haze) last year.  Perhaps, thanks to unusually dry El Nino weather patterns and terrible forest mismanagement, this year has been bad enough to force a change.

Whatever happens, it is imperative that international pressure to stop illegal burning is continually applied to Indonesia.  The future is uncertain, but considering that Indonesia is coming out of an El Nino year, enjoying an environmental president and seemingly bent on putting illegal burners behind bars, the chances of sustainable change in Indonesia could be hopeful.