Leading the Charge for Sustainability in Malaysia 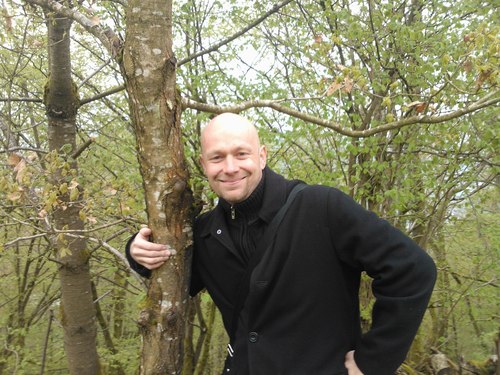 Matthias Gelber in his Element

According to popular vote, the ‘Greenest Person on the Planet’ lives in Malaysia.  His name is Matthias Gelber, and he’s leading a sustainable revolution in the country.

Gelber’s most recent project is the electricity-saving effort Negawatt Revolution, but he’s had his hand in about every kind of environmentalism there is.  He started a successful environmental consulting company in 1999, co-founded a company specializing in low-carbon construction materials in 2007 and was voted ‘Greenest Person on the Planet’ in 2008 after winning a Canada-based online competition.  He also recently finished a book that teaches about green living and working.

Though he’s called Malaysia home for over 10 years, Gelber grew up in Burbach-Lippe, a small German village surrounded by the forest.  From this fittingly green backdrop, he has become a world-renowned green entrepreneur.  Now known simply as the “Green Man,” Gelber travels across Malaysia constantly speaking, teaching, and getting involved in sustainability.

In 2008, Gelber founded a community movement called Eco Warriors Malaysia.  Through this platform, he educates Malaysian youth and adults on nature connection and green living.  He has a knack for inspiring environmentalism through hands-on activity, and does just that during tree-plantings, community clean-ups and nature trips like the upcoming excursion in the Taman Negara Forest.  He is quite literally starting a green revolution from the ground up.

Malaysia needs this kind of inspiration – its government needs as much help as it can get in protecting the environment.  Legal protections for Malaysia’s forests, rivers and seas are quite progressive, but poor enforcement has seen the environment suffer for decades.  Natural resources are being depleted, industry is in need of regulation and community health is slipping thanks to pollution.  Together, these factors jeopardize Malaysia’s future.

A shift towards environmentalism could help solve these problems, and Gelber is fighting for it tooth and nail.  He is best known for the ‘Green Talks’ he holds with schools, startups, corporations and governments, and is leveraging them along with his other efforts to seek out a bright and sustainable future for the planet.  Every movement needs a leader, and Gelber may prove to be that leader for sustainability in Malaysia.