Why not use Bauxite Money to Curb Bauxite Pollution? 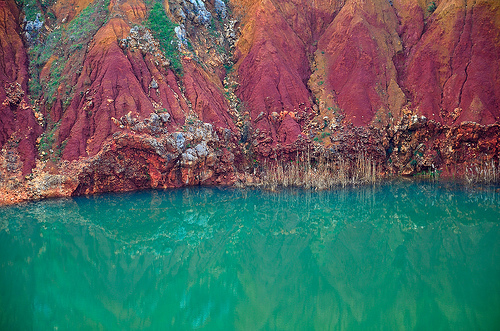 There’s a storm of controversy surrounding Malaysia’s recent rise as a major bauxite producer.  Bauxite mining has become a very profitable industry for the struggling country, but the pollution it creates is poisoning Malaysian citizens and ecosystems.

About RM750 million (US$170.6 mil) has so far been generated from bauxite mining this year.  This has boosted the country’s economy, but also irradiated seas and rivers and spread carcinogenic powder over Malaysian communities (both of which are happening in the port town of Kuantan).

A recent New Straits Times article heralded the bauxite industry as “too lucrative to shut down,” and a recently signed deal guaranteeing Malaysia will produce 4 million tons of bauxite for China proves the truth of this statement.  Bauxite isn’t going anywhere, but it’s also quite possible to regulate.

Given how lucrative yet harmful to the environment the industry can be, it can afford to help right its own wrongs.  This is the case with bauxite mining in Australia, but not so far in Malaysia.  If some of the proceeds from mining were set aside for, say, regulation, enforcement or research into sustainable operation, Malaysia would stand a much better chance of prospering in the long-run.  As it stands, not much has been done to check the flow of bauxite pollution and curtail the illegal bauxite mining industry.

Part of the reason for this is political reluctance to even slow down the industry.  Given Malaysia’s money-hungry state, this hesitation likely stems from an aversion to income interruptions.  True, Malaysia’s economy is suffering.  True, the ringgit is at a 17-year low and investor confidence is down – but these issues will only multiply if social and environmental disaster are added to the pile.

Malaysia shipped 1.27 million tons of bauxite ore to China in 2014, and this figure has already risen to 10.2 million tons from January to July of this year.  The money, it seems, will keep coming in, and it would be wisely spent on making bauxite mining more sustainable.