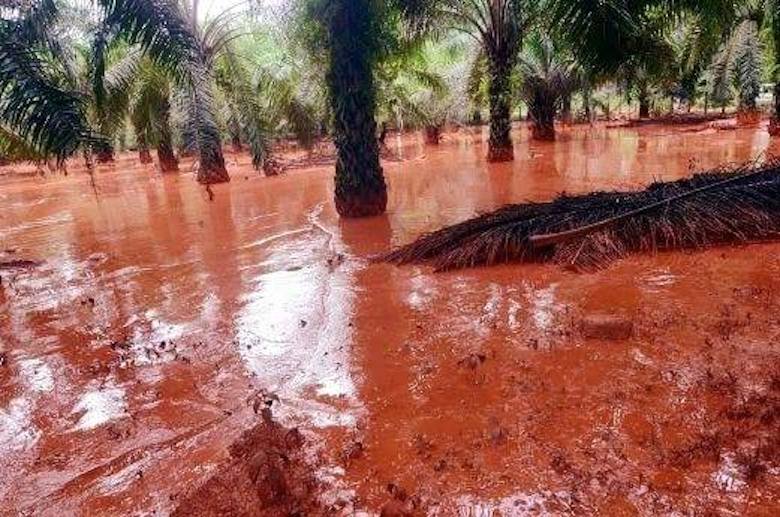 After years of unregulated bauxite mining activity in the Malaysian state of Pahang, scientific surveys have proven without a doubt that the pollution worrying residents and causing them to fall ill is beyond acceptable levels. The findings – which will support public outcry for the regulation or scale-down of bauxite mining – are frightening.

Samples taken in and around the major bauxite export hub of Kuantan by the Department of Fisheries and the Department of Chemistry revealed a toxic bouquet of heavy metals contaminating the water. Readings in Sungai Pengorak registered levels of aluminum, silver, cadmium, iron, lead, chromium and mangan exceeded the limits of Class III (irrigation level) of the national River Quality Standards. Samplings from Pantai Pengorak found that lead, chromium, copper and zinc exceeded allowable limits as well, and indeed achieved the lowest possible rating under the Marine Water Quality Criteria and Standards.

Perhaps most worrisome were the high levels of mercury recorded by both department agencies in Pantai Pengorak. Mercury concentrations exceeded the lowest possible classification of the water guideline. Exposure to even small amounts of mercury can have toxic effects on the nervous, digestive and immune systems, as well as on the eyes, kidneys and lungs. Higher levels of exposure can result in lack of movement coordination, impairment of speech and hearing, and muscle weakness. Exposure during pregnancy may show no symptoms in the mother, but result in babies born with severe mental dysfunction.

Already the Malaysian Health Ministry has reported that increased bauxite mining activity has caused ailments like respiratory and allergy problems, and admitted that a long-term concern is cancer. As far as the environment is concerned, short and long term effects of bauxite pollution can scarcely be estimated. The soil and water contamination, loss of forest cover and disturbance of local livelihood will doubtless take a significant toll on economic and sustainable development the whole country over.

Despite these threats and the recent sample findings, Pahang’s government is waiting for the long-delayed results of a test for radioactivity before it decides on a course of action. The state’s executive leader Adnan Yaakob argued that a shut-down order could not be issued due to concerns of lost income. However, the government proceeds from bauxite mining (RM37 million or US$8.9 million for the state and RM1 billion or US$241.4 million for the nation since 2013) will likely pale in comparison to the costs incurred by bauxite contamination