As the Sun Sets on the MH17 Plane Crash, Tourism in Malaysia Still Reels 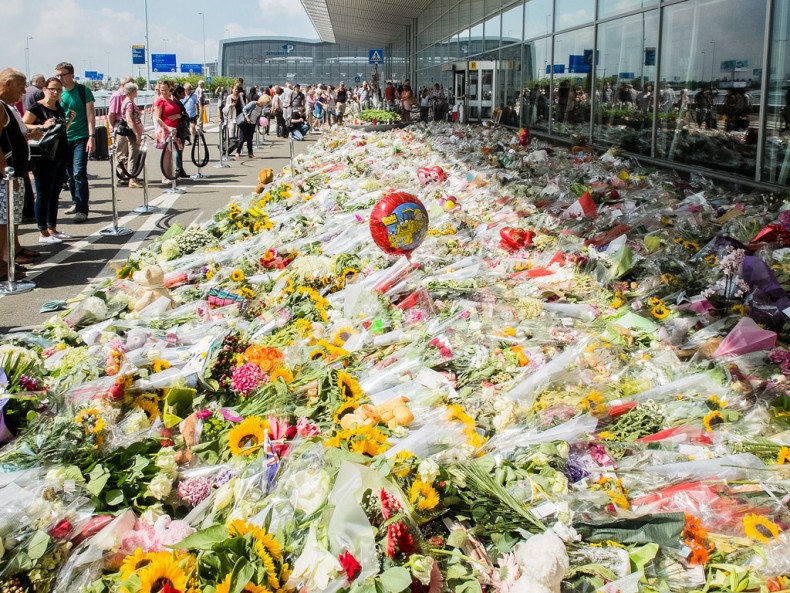 A sea of flowers to remember the victims of flight MH17. Photo Credit Marco Nedermeijer via Flickr

Amsterdam has just given a final report on the horrific crash of Malaysia Airlines Flight MH17, the Boeing 777 passenger airplane that went down unexpectedly over the Ukraine on July 17 of last year.  Exhaustive examination of the wreckage confirmed suspicions that the airplane was shot down by a missile launched from eastern Ukraine.

The broadcast provided closure on a 15-month Dutch investigation on the subject.  A solemn audience listened to half an hour of irrefutable evidence that the Boeing 777 passenger jet was, in fact, the victim of a surface-to-air missile attack.  Though haunting, the information provided closure for a much-debated incident.  The settled issue will alleviate anxiety in travelers and those affected by the crash.  Hopefully, it will also help alleviate the economic casualties Malaysia has been suffering as a result of the tragedy.

Though tourism in Malaysia could see some improvement now, it has been struggling of late for another reason.  Last year’s MH17 accident was coupled with the disappearance of another airplane, flight MH370 from Kuala Lumpur to Beijing.  The accident caused a sag for tourism in Malaysia that persists today.  Tourist arrivals from China especially remain low – a serious detriment to the economy considering that Chinese tourists make up a big chunk of the industry that contributed almost 15% to Malaysia’s GDP last year.  Under pressure to meet goals for sustainable development, Malaysia needs these dollars to improve its environmental and social wellbeing.

Tourism and Culture Minister Mohamed Nazri believes the reason Chinese tourists are still wary is that the disappearance of MH370 is still a mystery.

“If there is no closure to the tragedy, tourists from China will be reluctant to come,” said Mohamed.

Desperate to make up the difference, Malaysia has temporarily waived visa requirements for Chinese tourists.  The six-month trial of this procedure started in June.  Its effects on tourism have not yet been estimated.

With closure made on the MH17 crash, perhaps European tourism will perk up, but for now the industry remains hobbled.  Malaysia will likely continue to experience losses until closure is attained on MH370 as well.  In need of cash to solve stability-threatening issues like a horrific waste management problem and insufferable traffic, Malaysia is looking forward to that development.