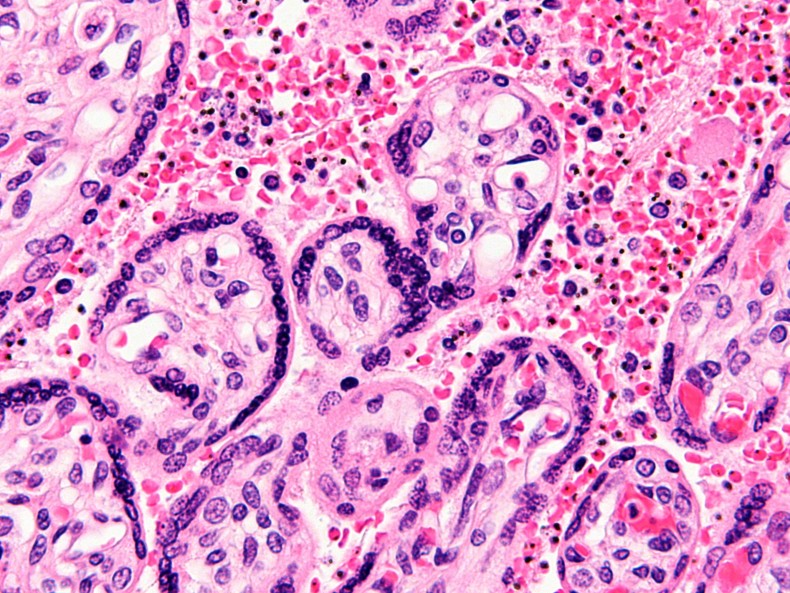 Malaria like that affecting the dark purple blood cells above is becoming a more serious concern for Malaysia. Photo Credit: Nephron via Wikipedia

A dangerous and potentially deadly monkey-borne parasite has reared its head in Malaysia.  Once rarely seen in humans, it is now responsible for more than two-thirds of hospitalized malaria patients in Malaysian Borneo.  The cause?  Deforestation in Malaysia.

Plasmodium knowlesi is a Southeast Asian malaria parasite that, in a healthy world, would be of little consequence to humans.  It preys on the long-tailed macaque, transmitted from one monkey to the other by mosquito-induced blood transfusion.  Multiplying quickly and causing shaking chills, high fever, vomiting, diarrhea, and eventually convulsions and coma (among other nasty symptoms), this life-threatening disease is to be avoided at all costs.  Luckily, the only way it can spread to a human is through direct blood contact contamination from macaque to man.  Theoretically this could happen if a macaque with a bloody mouth bit you, but it almost always occurs when a human is bitten by a mosquito who just feasted on a monkey.

This occurrence used to be quite rare, but has increased dramatically in Malaysia of late.  A surprising 2,584 cases of this type of malaria were reported in Malaysia in 2014, and the reason is likely deforestation.  Research suggests that over the past decade, massive loss of native forests to logging and palm oil production has brought villagers and macaque monkeys much closer together, enabling the parasite to jump from animal to human hosts. If cases continue to rise, the researchers warn, the parasite could evolve to a point where mosquitoes could transmit the parasite from human to human, spreading the disease across Southeast Asia.

This new danger adds to a host of problems caused by deforestation and the palm oil trade in Malaysia.  On top of species extinction, soil erosion, weather destabilization, human trafficking, and the endangerment of Malaysia’s ecotourism industry, the threat of malaria epidemic provides further incentive for the Government to curtail the palm oil and logging activity responsible.