Protections versus Corruption – Can Malaysia Save its Wildlife? 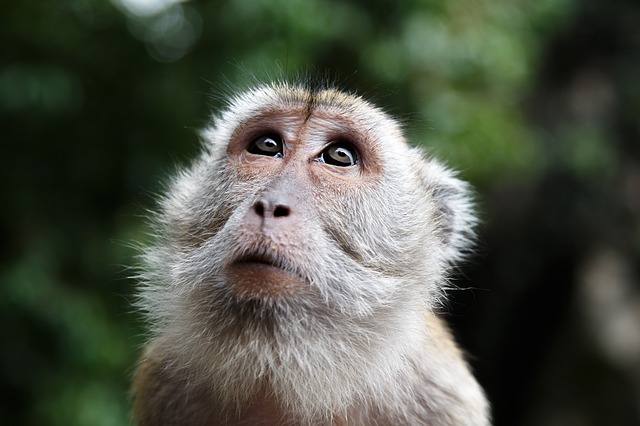 Caught in a contest between protection and profiteering, Malaysia's fast-disappearing wildlife is struggling to survive.

The battle to save Malaysia’s wildlife has been a long and troubled one.  Throughout Malaysia’s history, its rarified environments and exotic variety of life have been a source of both pride and agitation.  Rare and endangered species in Malaysia – in fact, all animal species in Malaysia – are caught in a whirlwind of controversy, opposing interests simultaneously protecting them and sentencing them to extinction.

Economic and industrial growth have eaten away most of Malaysia’s lush tropical forests, leaving only isolated scraps of habitat for endangered animals to live in.  Activists, NGOs and sweeping government protections have risen against the tide of deforestation to safeguard what is considered one of the most rich and biodiverse regions for wildlife on the planet.  Meanwhile illegal poachers, despite tightening laws, continue to stalk Malaysia’s jungles and trap critically endangered species for their high value to collectors or kill exotic animals for their treasured horns, pelts and body parts.  Economic interest even swings the other way at times, preserving animals and their habitats in order to profit from their international draw for tourists.

The issue is a complicated one, and at its center is Malaysia’s premier wildlife protection agency, the Department of Wildlife and National Parks.  Commonly known as Perhilitan, this organization is responsible for the protection, management and preservation of wildlife and national parks in Peninsular Malaysia.  The government organization was established under the Wildlife Protection Act of 1972, and has been charged with defending Malaysia’s wildlife ever since.

In a darkly fitting way, this agency itself is controversial.  Perhilitan is alternately lauded for its wildlife protection and criticized for what seems to be widespread corruption, persistent secrecy and complicity with illegal activity.

Given a few news headlines and statistics, one would think that Perhilitan is doing its job well.  Just last August, Perhilitan busted an enormous and wildly illegal animal parts trade.  Over 1,241 animal parts valued at over RM 100,000 (US$23,800) including 5 tiger skins and 471 tiger claws were seized.  The three suspects were arrested, their tactics analyzed, and a stop put to their operation. 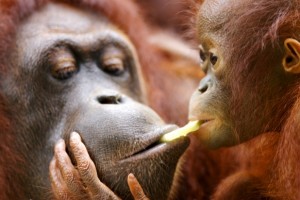 Another recent bust was the result of a sophisticated new system Perhilitan developed that uses social media to catch criminals.  In July, two juvenile orangutans were hauled right out of a suspect’s car even as he and an associate drove them to make an illegal sale.  The clutch arrest was made possible by a joint effort between Perhilitan’s cybercrime division, the Malaysian Communications and Multimedia Commission, CyberSecurity Malaysia, Interpol, and supporting information from the public.  This sounds like the work of a dedicated team of crack wildlife enforcers, but other instances suggest that the agency is not what it seems.

Malaysia’s illegal ivory trade is a vast one, and though it is well-organized, Perhilitan has caught many criminals in the act and confiscated many tons of elephant tusks.  The hoard of confiscated tusks, though proof of good work done, has become the focal point of what could be a scandal.  Perhilitan has refused again and again to submit the tusk cache to an independent audit.  Citizens are assured by Perhilitan and its monitoring agency the Natural Resources and Environment Ministry (NRE) that all the tusks are accounted for, but suspicions that some of them have “disappeared” are high.  Perhilitan has been questioned on this subject since 2013 but maintains a stubborn silence to this day, seemingly unable to dispel the rumors of corruption.

There is also the story of Anson Wong, a world-renowned animal trading kingpin.  Based in Malaysia, Wong has claimed multiple times that no matter what he gets caught doing, he’s invincible in the country – protected by someone in the government.

“Nothing can be done to me. I could sell a panda – and, nothing. As long as I’m here, I’m safe,” Wong once famously boasted.

Wong’s boast proved to be true when he was caught in 2010 attempting to smuggle 95 endangered boa constrictors into Indonesia.  He served just 17 months of a 5-year sentence, and has now been seemingly cleared by Perhilitan and the NRE of any wrongdoing.  An investigative television special called “Return of the Lizard King” (Wong’s notorious moniker) revealed in 2012 that Wong was likely back to business and also stumbled upon an illegal trading ring for endangered tortoises.

Shenaaz Khan, an official with wildlife-trade monitoring network Traffic, expressed his views on the subject in interview with The Independent:

“Return of the Lizard King raises so many doubts and questions about Malaysia’s commitment to that fight. It is time we had some solid answers from government. If a news agency, with no enforcement powers and little access to information, could unearth such damning details, there is no excuse for government agencies with full enforcement powers not to do more and act on what they find.” 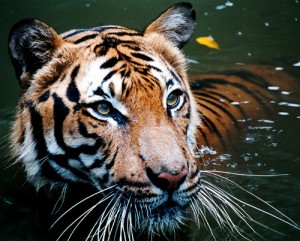 The iconic Malayan Tiger is critically endangered, only hundreds remaining in the wild.
Photo Credit: Wikipedia

Khan’s words cut deeply.  Indeed, they likely voice the thoughts of many Malaysians.  It seems the general outlook on Perhilitan and the NRE is that they can’t be trusted, and the news columns keep proving this theory.  Just weeks ago, a shipment of 771 critically endangered Ploughshare tortoises destined for Malaysia were confiscated in Madagascar.  The shocking volume of this shipment suggests that the dealer was certain his or her massive delivery wouldn’t be inspected by Malaysian authorities.  Beyond that, it suggests that the wildlife trade in Malaysia is at a level where a trafficker can confidently ship 771 tortoises at one go, expect a buyer to receive it, and expect an influx of that many endangered animals to Malaysian buyers, sellers and pet shops wouldn’t be ‘noticed’ or acted upon.

It can’t be denied that Perhilitan is doing some good work – arrests of criminals and seizures of animals and their parts are constantly being made – but that the agency is corrupt seems relatively certain.  It would appear that in addition to opposing factors economical, industrial and societal, endangered species in Malaysia are subject to a race between protection and corruption.  The outcome of the race is uncertain, but at present it doesn’t look good.  Corruption in Perhilitan likely means corruption in higher levels of government, and branches that protect the environment in general are obviously not immune.  Malaysia appears to be in need of a clean-out – some kind of outside accountability or regime change that would flush corruption, redirect priorities and start the country on a path towards environmental conservation, sustainable development and wildlife protection.

The question now is, without this kind of event, will endangered species in Malaysia survive?  For now, the only place the answer lies outside of Government is in NGOs and individual action.  These could be the last bastions of whole-hearted support Malaysia’s wildlife will enjoy.  Clean Malaysia will be supporting and informing on both fronts.  Stay tuned for the answers to these burning questions.