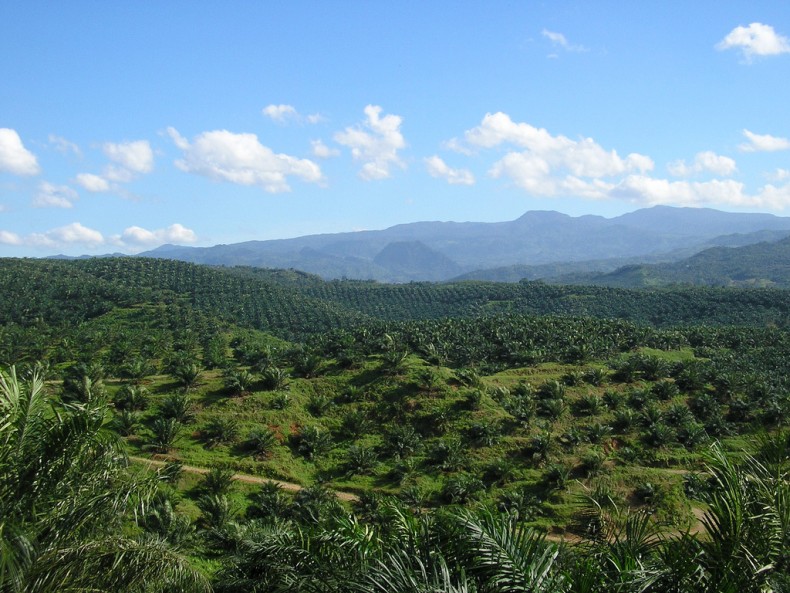 Vast swathes of tropical rainforest are being transformed into monocultures of oil palm. The SAFE Project is determined to find out what the consequences will truly be. Photo Credit: Achmad Rabin Taim via Wikipedia

In the tropical rainforests of Sabah, a Malaysian state on the island of Borneo, one of the world’s largest-ever ecological experiments is under way.

Called the Stability of Altered Forest Ecosystems (SAFE) Project, the study encompasses roughly 20,000 hectares of rainforest that is actively being transformed into oil palm plantation.  Against a backdrop of unfaltering industry expansion, illegal deforestation, apocalyptic oil-palm induced forest fires and global climate change – all of which are threatening biodiversity, ecology and the continued socio-economic stability of palm oil-producing countries – the research SAFE is conducting is exceedingly important.

In a nutshell, SAFE is bent on discovering just what the short- and long-term effects of transforming great swathes of forest into monocultures of oil palm might be.  The project’s main focus has to do with biodiversity.  SAFE is endeavoring to discover what kind of animals can live in both palm oil plantations and lightly logged forest, and attempting to find ways to minimize biodiversity loss from both forms of deforestation.  As part of this research, both palm oil plantation and areas of forest that are being lightly logged are being assessed.

Another focus is more general, encompassing the various effects industrial palm oil and timber activities have on the environment.  The project’s many scientists, field researchers and PhD students are encouraged to examine any potential areas of interest as part of this component.

The experiment is massive in scope, intensive in nature, and has now been in process for five years.

To celebrate the occasion, SAFE has just released a summary of its findings to date.  As expected, a number of impactful conclusions have been drawn from the project’s first five years.  They are as follows:

Working with SAFE, climate scientist Stephen Hardwick found that palm oil plantations are on average 6.5 degrees Celsius hotter that primary (never logged) rainforest.  This disparity means the difference between life and death for sensitive species like termites and earthworms that play a drastically important role in the rainforest ecosystem by controlling the rate at which things decompose.  Even lightly logged forest was 2.5 degrees hotter than primary forests.  In these forests, Hardwick found that the hotter it got, the more water trees used and the more vulnerable they became to droughts.  This discovery casts doubt on the eco-friendliness of selective harvesting – a method of logging that in which only trees above a certain size are felled and which was previously perceived as sustainable.

That doubt that was furthered by studies showing how the extra, unclaimed logs left behind in selective harvesting are actually doing harm to the environment.  Living trees suck CO2 out of the air, but dead trees actually release it.  The significant number of dead trees in partially logged rainforests could be emitting more carbon than was previously thought, potentially nullifying what air quality improvements result from not completely cutting a forest down.  This oversight could mean that partially logged forests (which make up 30 percent of rainforests worldwide) thought to be carbon sinks are actually sources of CO2 emission, and suggests that global calculations for CO2 are wrong 30 percent of the time.

New work from PhD student Anand Nainar highlighted and deepened concerns about soil erosion, one of the biggest problems surrounding palm oil plantations and deforestation.  Anand’s research revealed that oil palm plantations can lose up to five times the amount of sediment as naturally forested areas during a flood.  Flooded streams stripped as much as 50 tons of soil per square kilometer from plantations in large storms, while rivers swept less than 6 tons per square kilometer away from forested areas.

Deforestation could Cause Malaria to Evolve into Epidemic Form

SAFE research also supported the theory that deforestation has released a Malaria parasite onto the public.  Deforestation has put humans closer to monkeys that carry Malaria, making trans-species infection via mosquito bite (a mosquito bites a monkey and then bites a human) much more likely.  It was also discovered that logged forests had many more mosquitoes, and the mosquitos in logged areas and oil palm plantations bit more often than those in primary forest.  This trend is potentially dangerous – if the spread of Malaria between monkeys and humans gets too frequent, the disease could evolve into a form that can spread from human to human via mosquito bite, potentially causing an epidemic.

The Animals of Oil Palm Forests 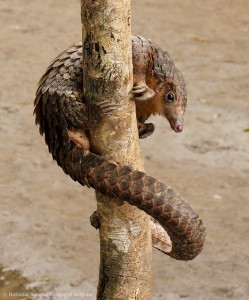 The endangered Pangolin could have hope for survival on oil palm plantations. Photo Credit: Bart Wursten via Flickr

Though the prospective impacts of palm oil deforestation are dire indeed, there were discovered to be quite a number of species that can survive in oil palm forests.  Through firsthand experience and with the aid of camera traps, the following and many more were observed.  All five species of cat that occur in Borneo were recorded at the SAFE site, proving that these species can survive in logged areas.  A new population of the world’s rarest pheasant was seen repeatedly between 2011 and 2014.  An entirely new species of dragonfly was discovered in 2013, and a rare and endangered Pangolin was also captured via camera trap, giving this heavily-trafficked species a potential ray of hope.

As a large-scale, long-term ecological experiment, the SAFE Project is still in its formative years.  That so many important discoveries have already been made suggests that much more important information will follow.  Understanding the impact of palm oil deforestation and logging in tropical forests is vital to preserving world biodiversity, mitigating climate change and ensuring the continued sustainability of human societies across the world.  The SAFE Project must be applauded for its contributions to ecological science.  In this time of worldwide environmental uncertainty, research like that conducted by the SAFE Project is providing the answers we need to move forward in the right direction.