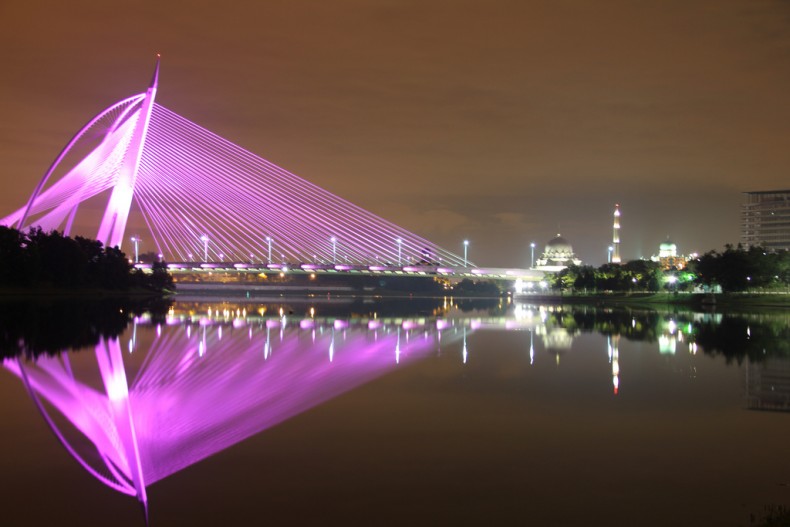 As impressive as Malaysia's growth has always been, its developmental problems are more obvious than ever as it heads ASEAN this year. Photo Credit: Calebwmw via Flickr

For the first time in 10 years, Malaysia is official chair of the Association of South East Asian Nations (ASEAN).  This honor rotates each year between member nations, and carries with it expectations of high achievement.  As one of ASEAN’s five founding members, Malaysia especially has been expected to lead by example when it comes to strengthening the ASEAN community in 2015.

Unfortunately, Malaysia seems to be falling short of expectations.  For almost every development priority Malaysia has set, progress has been made in a negative rather than positive direction.

“Our People, Our Community, Our Vision.”  That is the theme of Malaysia’s 2015 ASEAN chairmanship.  It hinges on reversing the perception of ASEAN as an elite-driven and state-centric project that keeps only the privileged few informed and leaves stakeholders and concerned citizens in the dark about their own future.  The backbone of this theme is transparency – Malaysia means to let the public in on what’s going on.  If Malaysia’s goal is to keep citizens informed of important developments and take their wellbeing into account in 2015, it has utterly failed.

Case in point is the infamous 1MDB scandal.  Prime Minister Najib Razak was accused earlier this year of funneling some US$700 million into his personal bank accounts through a “strategic development investment firm” called One Malaysia Development Berhad (1MDB).  Through months of intensive international media attention, deepening suspicion, partial proof of Najib’s and 1MDB’s corruption and even calls for Najib’s resignation, the Prime Minister has not been able to come forward with any information proving his innocence.  He has, though, fired his deputy prime minister for demanding such proof and jailed an ex-party member who promised to lead an international campaign to launch further investigations into 1MDB.  These heavy-handed power moves are just a few among many sackings, arrests and the like.

The 1MDB scandal remains a source of extreme controversy, casting doubt over Malaysia’s Prime Minister and pouring what confidence foreign investors held in Malaysia down the drain. 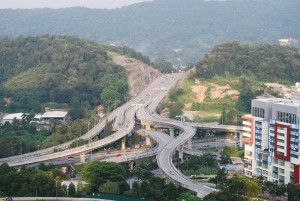 Providing a more normative example of nontransparency are several expensive and controversial highway projects in Selangor, the populous Malaysian state surrounding Kuala Lumpur.  The SUKE, the EKVE and the DASH are three new tolled highways under construction in the state.  Selangor’s government has promised its people that before any highway project gets approval, three conditions must be met: traffic impact studies, full transparency on the rate of return of the highway and full disclosure of the concession agreement to the public.  But despite none of these conditions being satisfied, construction on all three of the highways in question continues.

Not only are these highways being constructed without the people’s approval, one of them (EKVE) is cutting through one of the last water catchment forests in the state of Selangor.  This is, lest we forget, happening during a year of harsh droughts and record lows in water reservoirs.  All three highways also violate the government promise of caring for the environment – each will have a huge negative environmental impact.

Come to think of it, environmental protection was another priority for Malaysia’s ASEAN chairmanship.  One only has to Google the words “bauxite” and “Malaysia” to discover that this objective has been blown even more completely than the goal of transparency. 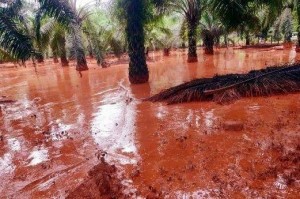 Malaysia’s bauxite industry has been going full steam ahead in 2015 with absolutely no heed to the environment or public cries for better regulation and industry shutdown.  While government officials argue that exporting bauxite is “too lucrative to shut down,” levels of lead, mercury and other carcinogenic pollutants in rivers and bays shoot beyond the worst ratings on contamination scales.  Red dust created during the mining and transportation process seeps into soil, water and wildlife, creating a toxin problem that could cause cancer, birth defects and ecological catastrophe for generations.  The entire town of Kuantan – an important hub for bauxite mining and shipping – has been covered in a thick layer of the dust laden with heavy metals and radioactive material, but mining operations continue largely unhindered and the government drags its feet in considering new regulation.

Palm oil, logging and other kinds of mining and resource extraction in Malaysia have also been making environmental news.  It also doesn’t help Malaysia’s case that a fair number of the palm oil companies responsible for this year’s devastating fires in Indonesia (the cause of over 100,000 premature deaths and the release of more CO2 than what the entire US Economy produces in a year) are Malaysian-owned.

All this is unfortunate news for a country with such beautiful and diverse environments.  Malaysia’s tropical rainforests are a global hub for biodiversity, their wildly varied flora and fauna standing as invaluable contributions to world ecology and helping to keep global weather patterns and air quality intact. 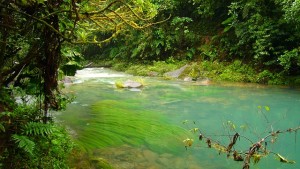 These failures as ASEAN chair also represent a threat to Malaysia’s future as a nation.  Unsustainable resource extraction is resulting in environmental issues that will haunt the country’s economic and social future.  Soil erosion, water shortages and droughts caused by deforestation could hobble future agricultural output and jeopardize food security.  The exhaustion of commodities like timber and minerals will mean trouble for future GDP.  And a lack of respect to social welfare and community development could mean a Malaysia that is not healthy or educated enough to support a developed country.

If anything, Malaysia should view its troubled tenure as ASEAN chair as a chance to inspect and improve developmental strategies.  The first step of eliminating weaknesses is to firmly recognize them, and Malaysia is being given a chance to do just that.  In the momentous times to come (approval of the TPP, formation of the ASEAN Economic Community, etc.) Malaysia could use times of change to change itself.  The path to sustainability, development and a higher standard of living is not barred to Malaysia – far from it.  The country needs a change in direction, and despite all past failures, this much is firmly achievable.