The World’s Sixth Mass Extinction Event Gives Cause for Conservation 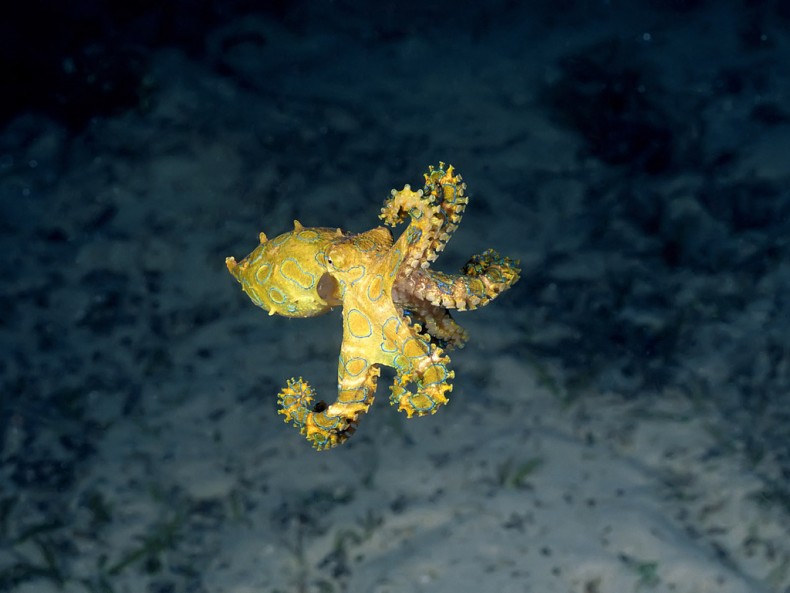 This Blue-Ringed Octopus from Mabul Island, Malaysia reminds us of how much we have to lose, and how well-worth saving it is. Photo Credit: Angell Williams via Flickr

That our earth is in the grips of environmental crisis is something we have known for years.  Global warming, deforestation, pollution and resource shortages have been big news for a long time.  But that we are in the midst of the planet’s sixth mass extinction event – the cause of which is human activity – is news to most and shocking to all.

New research from leading environmental scientists asserts that human beings have incited a mass extinction gaining speed faster than any in the earth’s history.  Published in Science Advances, a study based on this research proves that deforestation, pollution, overdevelopment and other disruptive factors are responsible for extinction rates about 100 times greater than what is normal for our planet.

“Our analysis emphasizes that our global society has started to destroy species of other organisms at an accelerating rate, initiating a mass extinction episode unparalleled for 65 million years. If the currently elevated extinction pace is allowed to continue, humans will soon (in as little as three human lifetimes) be deprived of many biodiversity benefits. On human time scales, this loss would be effectively permanent because in the aftermath of past mass extinctions, the living world took hundreds of thousands to millions of years to rediversify,” write the study’s authors.

This research directly links the accelerating loss of world biodiversity to the future disintegration of earth’s capacity to support human life.  It’s a terrifying trend, and it stands to jeopardize all life on this planet.

Nowhere is this horror story being played out more literally than in Malaysia. Despite being known as a global hotspot for biodiversity, Malaysia is suffering rapid environmental devastation as a result of unsustainable development.  Thanks to the palm oil and logging industries, Malaysia has the world’s fastest accelerating rate of deforestation for any tropical area.  The loss of trees contributes to global warming, but not as much as the fires resulting from illegal land clearing in neighboring Indonesia that are currently producing more CO2 than the entire US Economy.  The list of unhappy statistics goes on.  The implication is frightening, but the trend unsustainable development has created is not yet irreversible.

“Avoiding a true sixth mass extinction will require rapid, greatly intensified efforts to conserve already threatened species and to alleviate pressures on their populations—notably habitat loss, overexploitation for economic gain, and climate change. All of these are related to human population size and growth, which increases consumption (especially among the rich), and economic inequity. However, the window of opportunity is rapidly closing,” The study’s authors wrote.

“We have the potential of initiating a mass extinction episode which has been unparalleled for 65 million years,” co-author Gerardo Ceballos later told CNN. “But I’m optimistic in the sense that humans react — in the past we have made quantum leaps when we worked together to solve our problems.”

If we are to save the planet from a mass extinction, we must start with places like Malaysia – a beautiful and globally important spot for biodiversity and carbon absorption.  There has never been a bigger threat to the earth’s functioning, and there has never been better reason to band together and fight for Malaysia’s environment.  In reading this article, you’ve already made a step towards rallying for the cause.  Continue it – support environmental NGOs, spread awareness about these issues, and make personal choices in favor of the environment.