US-ASEAN Summit 2015: Will Obama call Malaysia to Task on Environment? 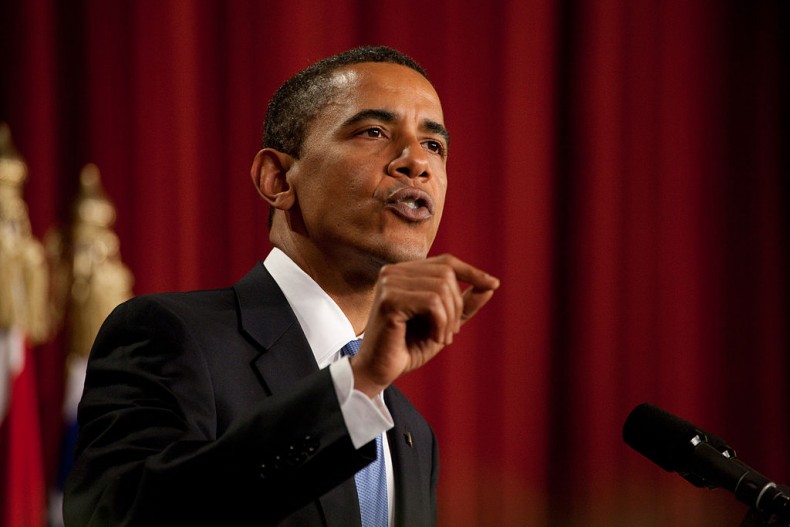 Increasing ties between the United States and Malaysia give Obama incentive to encourage climate action across the board. Photo Credit: Chuck Kennedy via Wikipedia

President Barack Obama has just packed his bags and embarked on a trip to Kuala Lumpur.  The reason for the trip is the third US-ASEAN Summit, and the meeting will have important implications for the environment in Malaysia and climate change around the world.

Arriving just ahead of the United Nations Conference on Climate Change (COP21) – and likely just after the haze from the worst Indonesian fire season in recorded history has cleared – the summit’s timing forces emissions into the spotlight.  Last year’s announcement of the US-ASEAN Joint Statement on Climate Change promised a tandem commitment to a successful COP21 this December, and it’s time to make good on that promise.

In light of this, it is unacceptable that Malaysia, which is the chair of ASEAN this year, has yet to submit its emission reduction targets (or Intended Nationally Determined Contributions, INDC’s) ahead of the climate change talks.  Indeed, Malaysia has been dragging its feet on many issues related to climate change and environmental protections. For Obama, who has pledged to improve the environmental and sustainable development landscape of Southeast Asia (and caught a lot of flack for including Malaysia in the TPP), this doesn’t look good.

The proximity of a global climate change conference, ever-strengthening ties between the US and Malaysia and the fact that Malaysia’s environmental performance now reflects on Obama’s reputation make the US-ASEAN Summit a big opportunity for Obama to call Malaysia to task on a few nagging issues.  Obama could leverage the following points to fight climate change, help Malaysia take care of its environment and strengthen the global economy.

Unsustainable palm oil farming causes massive fires in Indonesia and Malaysia every single year.  This year’s fires have already released more CO2 than the entire United States economy.  Unreliable maps make it hard to establish who is responsible for the fires, and corporate palm oil criminal cases take years to solve even if they’re taken to court in the first place.  Improving palm oil regulation in Malaysia, Indonesia, and between the two countries is essential in the fight against climate change.

Malaysia’s infamous traffic jams keep cars running and on the road for long hours, emitting copious amounts of carbon dioxide and hobbling the economy.  It was estimated in 2014 that Kuala Lumpur alone loses RM5.5billion (US$1.3 billion) in productivity every year due to traffic.  New highway projects cut into forest preserves (removing trees that pull CO2 from the air), cost billions in taxpayer dollars, and often don’t even alleviate traffic in Malaysia.  If the country hopes to solve this problem – which will likely worsen with increased commercial traffic stemming from the TPP and the looming formation of the ASEAN Economic Community – its transportation system must be revamped in favor of buses, bikes and light rail. 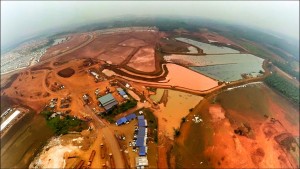 The ravages of bauxite mining are taking over some Malaysian landscapes.
Photo Credit: DRONE Pahang

Now exporting more than 20 million tons of ore per year, Malaysia’s poorly regulated bauxite mining operations raze tropical rainforest, dig large open pits, extract the soil and bauxite therein and haul it to ships destined for China.  During each step of this process, bauxite dust (or slurry, when it gets wet) seeps into groundwater, contaminates waterways and dusts entire cities in drifts of toxic red snow.  The dust – slightly radioactive and laden with heavy metals – causes respiratory problems and cancer risks when inhaled, clogs the gills of fish in rivers, and has pushed water contaminant levels far beyond acceptable limits.  Over 2,400 residents of Kuantan (a port town which is now so inundated with red dust that it has been compared to Mars) just signed a petition to have the issue addressed but still, Malaysian governments have yet to take significant action.

In 2014, the U.S. talked about its “continued support” of the U.S.-Asia Comprehensive Energy Partnership, an agreement in which the United States works with ASEAN nations to bolster their renewable energy sectors.

Malaysia’s renewable energy sector is certainly expanding.  The nation – which did not have a solar industry before 2007 – became the world’s fourth-largest producer of solar cells in 2014.  The country also penned a plan to produce 12 mega hydroelectric dams capable of producing 7,000MW of electricity by 2020 and is offering tax breaks and incentives to renewable energy companies unparalleled by any, anywhere else in the world.

The expansion, however, is plagued by rock-bottom industry standards and accompanying socio-environmental costs. 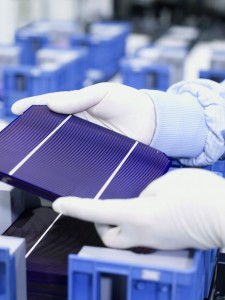 At what cost are JA Solar’s panels manufactured?
Photo Credit: Ersol~commonswiki via Wikipedia

A new US$70 million solar panel manufacturing plant about to open its doors in Penang is owned by JA Solar, the world’s worst-scoring enterprise of its kind for literally all social and environmental metrics.  On a 2014 report by San Francisco-based nonprofit the Silicon Valley Toxics Coalition (SVTC), JA Solar received the lowest possible score (a zero) on many metrics including emissions transparency, energy usage, recycling, supply chain and worker rights, health, and safety.

As for the hydroelectric dams?  One that’s been completed – the Bakun Hydroelectric dam – flooded 696 square kilometers of rainforest and displaced 10,000 indigenous people. The displaced were then forced to pay nearly US $15,000 for homes built by the government. This put the families in debt, and many of them are still living in poverty.  Construction of a second (the Murum Dam) has been blockaded by understandably concerned locals for over a year now.

Is this the kind of renewable industry the US is supporting in Malaysia?  Checks should be placed on Malaysia’s industry standards, and the US is in a good position to demand them.

Looking Forward to the Summit

The 2015 US-ASEAN Summit marks the growth of Malaysia as an increasingly important trading partner to many countries, but a laggard in environmental policy.  Better environmental and climate change goals will stabilize Malaysia and keep it from experiencing a self-inflicted eco-economical implosion.  They’ll do the same for global environments by deterring the threat of climate change.  Obama has a chance to make a real difference at this meeting. Most international summits focus more on political and economic ties than environmental regulation, but this is one that should favor the latter, and the discussion should start with the hosting country.