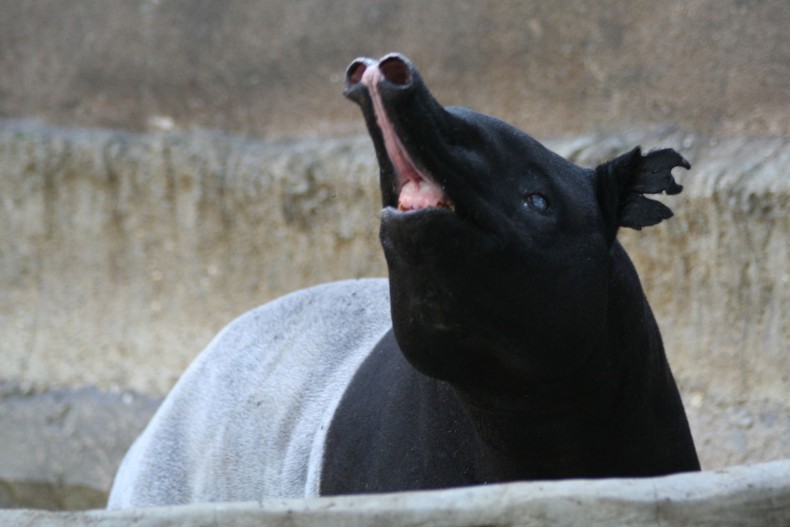 One of around only 300, this Malayan Tapir is one of the most endangered animals in Malaysia - and the world. Photo Credit: Sepht via Wikipedia

Malaysia is one of only 12 countries to be considered “mega-diverse,” an honor that makes it a world-renowned hub of species biodiversity.  Around 1,500 species of vertebrate land animals live there, but habitat destruction, poaching and wildlife trading are steadily cutting this number down.  An estimated 14 percent of Malaysia’s mammals are now listed by the World Conservation Union (IUCN) as endangered.  At a time when this country’s wildlife is so threatened, it is important to appreciate what may soon be gone and be reminded of the importance of protecting it.

The following are Malaysia’s three most endangered animals:

A mouse-like creature with a rotund black body and brown head, this petite shrew inhabits a similarly tiny portion of the country.  The critically endangered mammal is known only to live on a small, elevated region of Sabah’s Mount Kinabalu and is listed as critically endangered.  It is, in fact so rare that it has only been seen a handful of times.  There is no official record of its size, but witnesses have estimated it to be around 20 to 100mm in length.  To this creature’s benefit, Sabah’s environment is better protected than most in Malaysia, but the Black Shrew is still in danger of extinction.

Oil palm plantations, forest burning and logging have pushed the Malayan Tapir to the brink of extinction just as they have the Sumatran Rhinoceros.  Tapirs are pig-like animals that root around forested areas for berries, leaves and fruits.  They are easily recognizable by their two-toned bodies (white from shoulder to rear end and black everywhere else) and long, flexible snouts.  Malayan Tapirs were once found throughout the lowland forests of Southeast Asia but are now mostly restricted to small patches in Malaysia and Indonesia.

The Sumatran Rhinoceros is one of the most widely-known endangered species in Malaysia.  It’s the world’s smallest species of rhino, and could once be found in swamps and rainforests, living a happy (if solitary) life in many Southeast Asian Countries.  WWF considers the rhino a ‘flagship’ species for Malaysia as it is such an effective icon for the state of habitat destruction in the country.  The Sumatran Rhinoceros was recently declared extinct in the Malaysian wild, but there are several remaining in captivity.  Efforts at captive breeding have been unsuccessful, but Malaysia hopes to work with neighboring Indonesia – where there are likely more of the rhinos – to conserve the species.  One of the biggest reasons they are struggling to survive is that forest reserves aren’t big enough.  The areas of land set aside for protection aren’t large enough to support creatures with large territories like Rhinoceros, elephants and tigers.