A Potential Export Ban on Bauxite in Malaysia 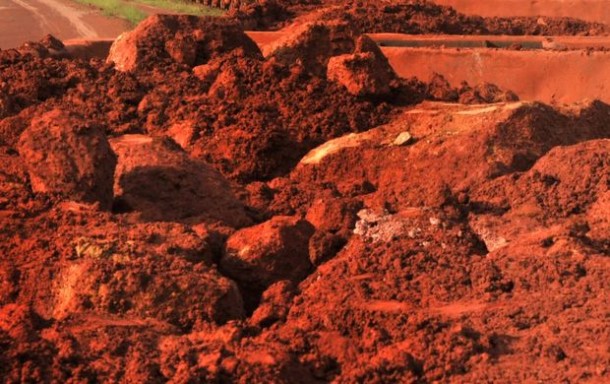 A stockpile of bauxite sits just outside of Kuantan, soon to be spread over the landscape through unregulated transportation. Photo Credit: AFP via tabloidjubi.com

After months of suffering from intense industrial pollution, the residents of Pahang – Malaysia’s unofficial bauxite mining capital – could be looking at some relief.  The Malaysian Federal Government agreed on November 16 to suggest a temporary suspension of bauxite exports from Pahang.

In order to carry on with the motion, Malaysia’s Federal Government will have to reach an agreement with the Pahang State Government.  “We will meet with the state government to discuss the matter,” said Natural Resources and Environment Minister Datuk Wan Junaidi Tuanku Jaafar.  The outcome of the meeting is uncertain, but the urgency of its request is paramount.

The ban was suggested by Fuziah Salleh, a parliamentary representative for the port town of Kuantan.  At the epicenter of the environmental crisis surrounding bauxite mining in Malaysia, Kuantan has for months been blanketed in a layer of hazardous bauxite dust created during extraction and transportation of the mineral.  The dust contains arsenic, lead, mercury and other toxins that are causing asthma outbreaks and skin disease in people, arsenic contamination in water and fish, and a huge risk of cancer and serious environmental issues in the long-term.

It’s all a result of Malaysia’s rush to supply China with the bauxite it needs to create Aluminum.  Exports to China have exploded from just over 100,000 tons in 2013 to over 2.5 million last year – but these numbers pale in comparison to this year’s potential for over 20 million tons.  Regulation has fallen by the wayside, illegal mining operations spring up commonly, and many loopholes are exploited by large “legitimate” companies.  Communities like Kuantan and many others suffer for it, alongside the environment.

Pollution in Kuantan is so bad that a petition begging for better bauxite mining regulation was recently signed by over 2,400 city residents.  It was this petition that sparked Fuziah to request the temporary export ban.  For the sake of Malaysia’s environment, public health and future stability, the ban request should be taken seriously.