How Long a Shadow will the 1MDB Scandal Cast on Malaysia’s Economy? 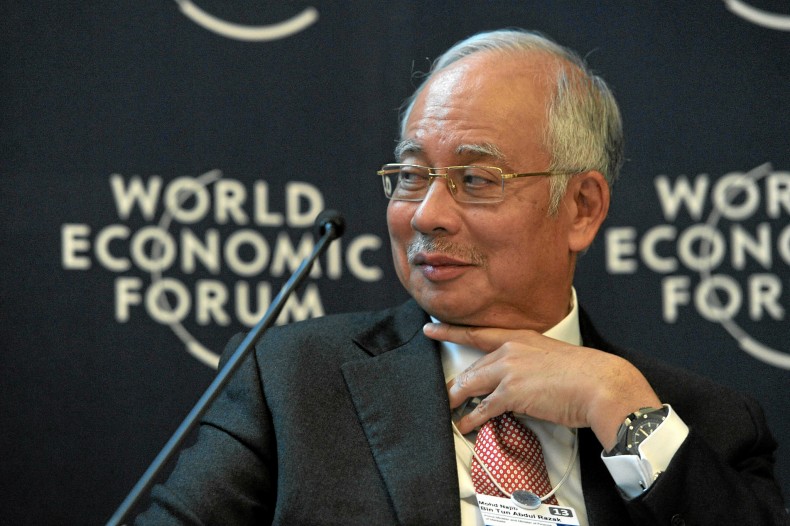 Has Malaysian Prime Minister Najib Razak foiled his nation's Economic Future with his central involvement in the 1MDB Scandal?

By now, most of the world knows about the scandal gripping Malaysia’s government.  If you’re new to the issue, the nutshell version is that Malaysian Prime Minister Najib Razak has been accused of funneling some $700 million into his personal accounts through a “strategic development fund” called 1MDB that is aimed at advancing the Malaysian economy.  In the unraveling of a suspicious paper trail, the debt-laden organization looks more and more likely to be involved in an international ring of corruption and money laundering.

At the core of the story, Malaysia has been suffering under the weight of its controversy.  Two massive rallies have broken out across Malaysia (one anti-Prime Minister, one pro-Malaysian pride), foreign investment confidence is low thanks to political uncertainty, more and more countries (at least seven) are now investigating the Prime Minister, and the episode is generally riveting the entire country and a good chunk of the world. 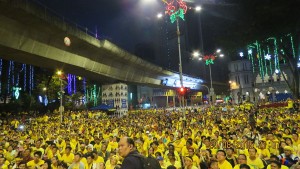 A scene from Bersih 4.0, the anti-Najib Razak rally sparked in large part by the 1MDB Scandal.
Photo Credit: Apa masalah via Wikipedia

The debacle doesn’t appear to be anywhere near its closing stages, but the question of exactly how long a shadow this fiasco will cast over Malaysia’s economy is an important one.

Malaysia, for its part, appears ready to forget the incident entirely.  At the 70th United Nations General Assembly in September, Malaysia insisted that despite its current predicament, its economy is resilient and can expect somewhere near a 5 percent expansion this year.  That the country has a solid economic foundation is true – its relatively low unemployment rates, high savings and low debt put it in the world’s top 20 most competitive economies for 2015-2016.

Some outside parties, however, are not so optimistic.

In an August column, CNBC noted that Malaysia’s “internal political developments” have “soured sentiment” towards investment in Malaysia.

“The weak sentiment,” opined Nomura Holdings Inc, a Japanese financial company, “is likely to persist, we believe, as the eroded trust will take a long time to rebuild (if at all).”

It’s also worth noting that the Malaysian Ringgit is at an all-time low.  The reasons for this are falling oil prices and the 1MDB scandal.  International investors have been pulling money out of Malaysia, and those looking to buy are dissuaded by the risk involved in betting on an unstable government.

But despite all this short-term concern, many think Malaysia will come out alright.  CNBC admitted that its analysts were “constructive” about the medium-term outlook of the Malaysian economy.  This highlights the fact that where economics are concerned, money talks.  Even though Malaysia is in the grips of turmoil, CNBC’s undoubtedly conservative stock analysts assume recovery for Malaysia.  They’re likely looking at the same fundamentals Malaysia boasted about during the UN General Assembly.

One especially worthy of mention is Malaysia’s unemployment rate of 3.2 percent.  That’s a better figure than world powers like the United States (5 percent) and China (4 percent) can boast, and one almost unimaginable for countries like Spain (22.7 percent).  The quality of this employment is the center of enormous debate – Malaysia’s labor rights are way behind the times and the country hustles millions of migrants into modern day slavery to support palm oil, rubber and other industries – but the productive power of Malaysia does at least ensure that the entire nation won’t collapse under the weight of its current economic insecurity.

In all likelihood, it is factors other than the 1MDB scandal that will affect Malaysia’s economy long-term.  The issue may seem all-encompassing now (and it does indeed promise to lay bare a shocking level of corruption in Malaysian politics that demands immediate attention) but as far as pure dollars and cents go, 1MDB may not hang over Malaysia for more than a few years.

This event must not be understated – it is a horribly unfortunate and controversial episode in Malaysian politics that will affect government and society for generations – but as far as economic implosion goes, it is safe to say that Malaysia has other things to worry about. 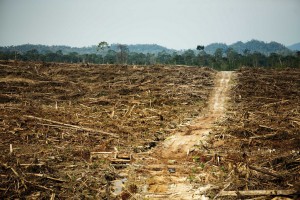 Looming over Malaysia is an enormous challenge built up over generations by the very productive power that saw it expand so rapidly – environmental degradation.  Malaysia has lost almost half of its original forest cover, and is therefore losing topsoil and meters of coastline every year to rain and floods.  What forests remain are being logged or transformed into oil palm plantations, wiping out the treasures of plant and animal biodiversity to which Malaysia’s wilderness is home.  Climate change is causing storms, droughts and floods.  And development and pollution are simultaneously edging out fish and animals relied upon for food and creating a consumptive need greater than the country can comfortably support.

These are the real challenges facing Malaysia.  It is almost unfortunate that so much attention is given to political uncertainty while the environmentalism necessary for long-term sustainability has yet to successfully take root in the country’s cultural, political and economic landscape.

See our synopsis on the Malaysian economy as it pertains to natural environment for a better look into this issue.