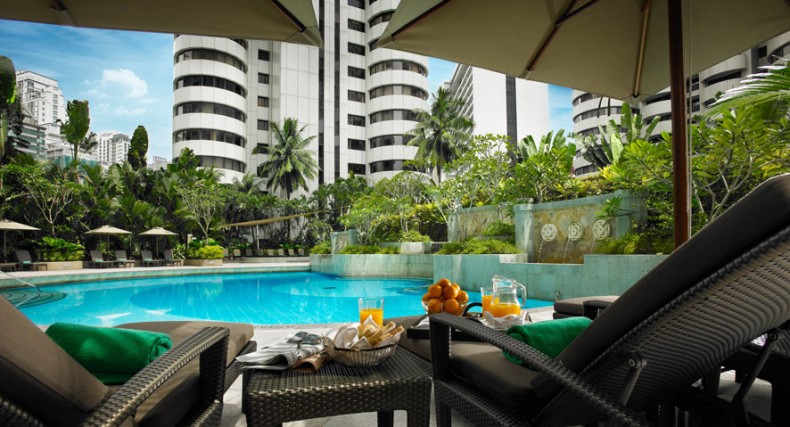 Beneath the posh sophistication of Malaysia's Shangri-La Hotel Group lies a culture of animal abuse.

Shangri-La’s Rasa Ria Resort & Spa in Sabah is under the spotlight for its exploitation of orphan orangutans for financial gain under the facade of rehabilitation.

The Rasa Ria Resort has been fed a continuous supply of orphan orangutans for almost 20 years.  They are used as a sort of tourist attraction – an “asset” to the company, as the resort’s general manager said earlier this year.  The orphaned apes actually come from a rehabilitation center, the Sepilok Orangutan Rehabilitation Centre (SORC) in Sandakan.  When they arrive at Rasa Rio, their fate changes for the worse.

A number of Orang-utans have reportedly died at the resort due to disease and neglect. In late 2014, an orangutan called ‘Tenten’ died at Rasa Ria Resort, and in late 2003, three baby orangutans were reportedly killed there. Repeated requests for public accounts of Orangutan deaths at Rasa Ria have been made to the Shangri-La Group.  All have been ignored, deepening suspicions of neglect and abuse.

The pattern of devaluing nature and its inhabitants contributes to the atmosphere of exploitation and carelessness that all too often surrounds Malaysia’s environment.  Authorities are usually willing to look the other way if animal abuse or environmental degradation is performed by large companies like Shangri-La.  In these situations, pressure from the outside can be the best way to make a change – and in this instance, a petition has been written to apply such pressure.  You can help break this pattern by signing an online petition by Change.org asking the Shangri-La Group to stop its exploitation of orangutans at Rasa Ria.