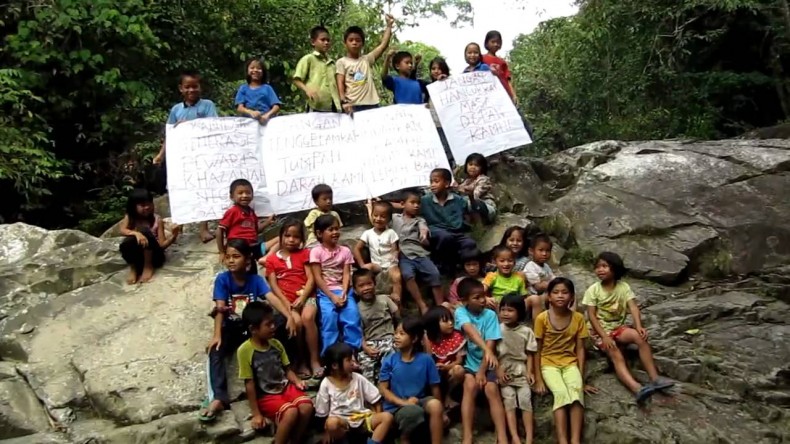 Children of the families threatened by the Kaiduan Dam conduct a peaceful protest against its construction. Photo Credit: Crockerlandboy via Youtube

In yet another example of Malaysia being caught between a rock and a hard place when it comes to sustainability, plans for the controversial Kaiduan Dam were just approved.

The Kaiduan Dam is planned for construction on the Papar River in Sabah, a Malaysian state facing a looming water crisis.  Though the dam will alleviate the need for water, it will have numerous social and environmental consequences for upstream locals and landscapes.

If constructed as planned, the dam’s 150 meter walls will stop up and swell the river, submerging up to 12 square kilometers of forest and parts of the Crocker Range, a rich and biodiverse natural area that the Sabah government itself nominated to be a UNESCO Biosphere Reserve.  The threatened area is a haven for numerous endangered species.

The river valley also belongs to some 11 villages and 2,000 natives whose homes – and homeland – would be destroyed by the flooding.  The villagers have held peaceful protests against the dam, but plans have only been sped up since their inception.

On the other side of the debate is Sabah’s water crisis.  At present, the entire west coast of Sabah has barely enough water to support its needs.

“The Kaiduan Dam will be able to supply water to millions, from KK (Kota Kinabalu) to Papar to Kinarut, Tuaran and beyond,” said Sabah’s Infrastructure Development Minister Tan Sri Joseph.  “If we don’t have it, we will have a bad water crisis by 2030. For this, we need to take into consideration our water supply as well as the needs of the entire Sabah.”

Sabah needs water.  The questions that still lurk are whether the Kaiduan Dam is the only way to get it, and if the dam is built, how will the displaced inhabitants be taken care of?