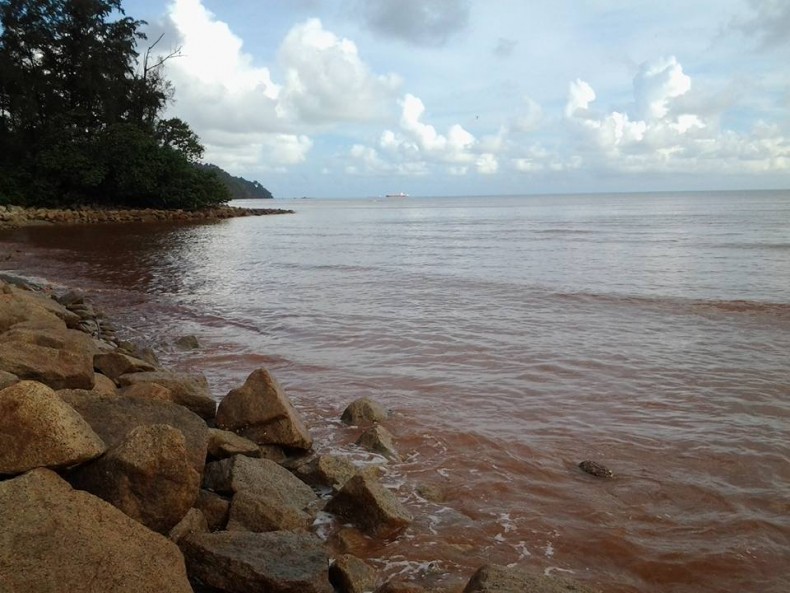 Bauxite mining in Malaysia has been causing quite a stir of late.  Irresponsible mining practices have unleashed dust clouds and muddy flows laden with arsenic, mercury and heavy metals upon nearby rivers, roads and cities.  The pollution has already caused terrible environmental trouble, and is now creating serious short- and long-term concerns for public health.  Among the latest is a shocking level of arsenic in fish near Kuantan, a fishing and port town that depends on seafood for both economy and food security.

Three fish samples taken near Kuantan in August revealed a level of arsenic over 101.5mg/kg.  That’s more than 100 times the permissible level designated in 1985 – a time when environmental standards were more lax than they are now.

“The level of arsenic is way above the permissible limits and this poses a danger to those who consume them or are exposed to the contaminated water,” said environmental health expert Professor Dr Jamal Hisham Hashim of this finding.

Long-term exposure to arsenic in drinking water can cause cancer in the skin, lungs, bladder and kidneys. It can also cause skin rashes and changes such as thickening and pigmentation. Exposure to arsenic by inhalation can cause lung cancer.  Test results also showed traces of lead, nickel and other heavy metals that can cause lung, nose, larynx and prostate cancers. Other health risks include lung embolism, respiratory failure, birth defects, asthma and chronic bronchitis, and heart disorders.

That Malaysian governments haven’t already stopped mining is becoming an insult to populations like the almost 400,000 suffering in Kuantan.  Kemamam (over 150,000) and other bauxite hotspots abound, and all of them are being constantly exposed to carcinogenic and otherwise dangerous substances – all because mining hasn’t slowed down enough to simply regulate the process (responsible bauxite mining is one of the more sustainable mineral extraction processes in the world).

Aside from creating a health hazard, bauxite pollution – waterborne and otherwise – is having disastrous effects on the environment.  Malaysia’s forests and seas harbor so much life they make the country one of only 17 in the world to be considered mega-diverse.  Its trees are being leveled and its waters and soil being contaminated with too much toxic bauxite residue.

So far, state and federal governments in Malaysia have deferred regulating the industry itself, making only tentative laws against the large trucks carrying material from mines to shipping ports.  The reason for the delay is likely Bauxite’s contribution to the Malaysian economy and government coffers, but the public health and environmental costs of this irresponsible mining will far outstrip any short-term gain.  It’s time the government stopped dragging its feet and regulated bauxite mining in Malaysia.