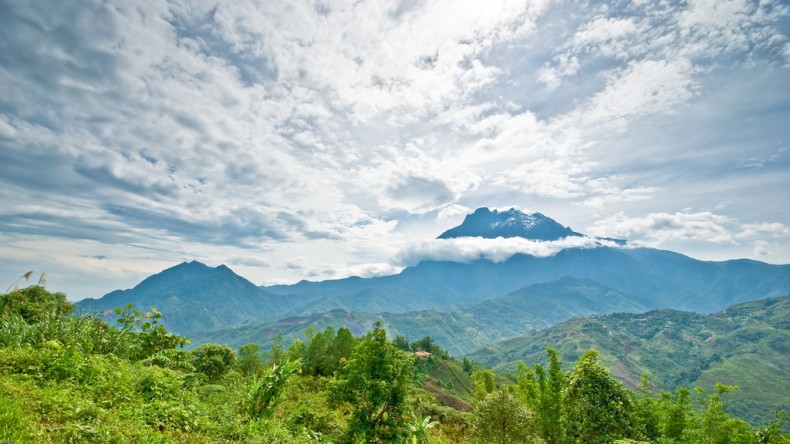 Illegal deforestation is still stripping Malaysia of its pristine wilderness, but there are things you can do to turn the tide. Photo Credit: Cabreney Johnny via Flickr

By She Mei Tan

It is exciting and yet depressing when news headlines are splashed with the success of the Malaysian Anti-Corruption Commission (MACC)’s seizure of logs worth RM600,000, its raids of 48 log ponds, sawmills and business premises, and its freezing of 375 bank accounts belonging to individuals and companies involved with illegal logging. This incident is a positive development, but portrays a big loophole prevailing in Malaysia’s legal system – the ever-corrupted timber industry.

For laymen like us, illegal logging has yet to be seen as a pressing matter – our daily habits of pulling out an excessive amount of toilet paper (just to dry our little hands) or reprinting documents due to small errors (though we should have double-checked prior to printing) remain undisrupted. In reality, it is vital for Malaysians to stop brushing aside their responsibility as citizens to curb illegal logging. This responsibility is important, and it starts with being aware of the severity of the issue.

Based on a Global Forest Resources Assessment in 2010, Malaysia loses an average of 102,000 hectares of forest annually. Needless to say, our country has failed the pledge it made during Earth Summit, Rio de Janerio in 1992 to keep at least 50% of the land as forest. Adding salt to the wound, our nation has suffered the world’s highest rate of forest loss between 2000 and 2012 according to a new global forest map developed in partnership with Google. The loss of forest can be translated to 47,278 square kilometers, an area larger than Denmark.

Before MACC’s great breakthrough, there have been several similar raids, but has illegal logging activity decreased over the time? To be frank, we have numerous loopholes in our environmental laws that enable culprits to “flourish” continuously. According to Lim Teck Wyn, Technical Director of Resource Stewardship Consultants Sdn Bhd, if a logging area covers more than 500 hectares, an Environmental Impact Assessment is required prior to obtaining approval from the government. However, unscrupulous logging companies often subdivide the land area into pieces of 499 hectares, and ultimately obtain a green light to do logging without the assessment.

This logging matter gets even more interesting if we trace history back to the time of British colonization. Take the state of Sabah as an example. Our colonizers came with the aim to exploit our natural resources – particularly timber. Eventually, they enacted laws that enabled them to dominate our resources. When the British became aware of the customary land rights of indigenous people, they promised to sort out the matter in an ideal way. However, when the British left as we achieved independence, they left with a large and unresolved mess.

“The domino effect arose when our people took over the prevailing legal system and continued practicing it so that they were in effect acting like the British colonizers, albeit under the legitimacy of democracy,” said Kiu Jia Yaw, member of Bar Council Environment and Climate Change Committee. This opinion is further validated by the recent finding from World Resources Institute that Malaysia is ranked 69 of 70 countries surveyed for the Environmental Democracy Index. It truly depicts how the society has no say on how the environment is treated.

Given the circumstances, it is inevitable that the public will think “There is nothing much I can do because the higher authority is responsible to arrest the culprit”. This is because many, especially the younger generation do not see the domino effect of illegal logging, and thus, do not take proactive action to fight against it.

If you have read about the late Wangari Maathai, who was awarded with Nobel Peace Prize in 2004, you will be able visualize the bigger picture.

In Africa, where women are responsible to tile the land and feed the families, they are the first to suffer from any sort of environmental damage. Similarly, the farmers in our country are the first to be affected by rampant logging. Such tragic realities are unfathomable by most of the white-collar – how excessive tree cutting will result in landslides, flash floods, resources scarcity, etc. The landslide that occurred in Cameron Highlands in the year 2014 is living proof of these dangers.

Wangari’s initiative, which established The Green Belt Movement, has proved that logging will not support sustainability in the long run. Together with groups of women, the movement has successfully planted over 30 million trees that in return supply food, shelter, fuel and income for their children’s education and household provisions. Eventually, this creates job opportunities, provides income, boosts a country’s economy and most essentially contributes to sustainable development, democracy and peace.  Women in Africa also gain confidence to empower their own lives and be more aware on the injustices of international economic arrangements.

Observing Wangari’s roaring success in Africa, we in Malaysia can emulate some of its good practices to conserve more green areas.

For years, various bodies have been working hard towards moving the timber industry in Malaysia towards sustainability. For example, the Malaysian Timber Certification Council, a government-linked organization, executes Malaysian Timber Certification Scheme voluntarily and provides independent assessment for forest management and Chain of Custody certification. Such certification accreditation is the cornerstone in fostering transparency and sustainability related with social, environmental and economic aspects in timber industry.

Yayasan Sabah is another organization which currently conserves three virgin rainforests in Sabah, namely the Danum Valley, Imbak Canyon and Maliau Basin. It is indeed a challenge to keep the green in Malaysia as so many areas are being converted into oil palm plantation. Besides fighting the interest of avaricious politicians, many parties fail to see the importance in keeping these three rainforests. Although they are now Class 1 Protected Rainforests, Yayasan Sabah continues its efforts to grant them the status of World Heritage Sites, an honour granted by UNESCO, to further lock the security of this part of Mother Nature.

The presence of these untouched rainforests is important, as they are home to many endangered species like gibbons, elephants and many more. Not only that, they also serve as a vital research location for scientists studying medicinal plants in hopes that cures for disease like AIDS can be found. All these are not possible if without collaboration with Raleigh International, a UK-based NGO that garners volunteers from all around the world to help with the conservation work.

The Selangor local authority – Majlis Bandaraya Shah Alam (MBSA) has also been working hard towards increasing green coverage in our country. In September 2010, MBSA kickstarted Shah Alam Trees for Life to instill public awareness about the importance of trees in urban areas. As of December 2013, a total of 8640 volunteers have been involved in planting 44,130 trees through Trees for Life. Throughout the years, the local authority has built synergy with numerous corporate companies and established partnerships to make the program a success. When more people gain awareness, chances are the voice to combat illegal logging will be louder.

If you feel strongly about the injustice over excessive tree felling, I urge you to take action, simply by changing your lifestyle to be more sustainable. There are many ways you can do this. Start by avoiding unnecessary paper printing and recycling when you can. Continue by participating in the monthly Trees for Life program by MBSA. Consider volunteering with Raleigh International to conserve our green treasures or talk to your peers about the consequences of illegal logging.  The issue is a large one, but you can do more than you think.