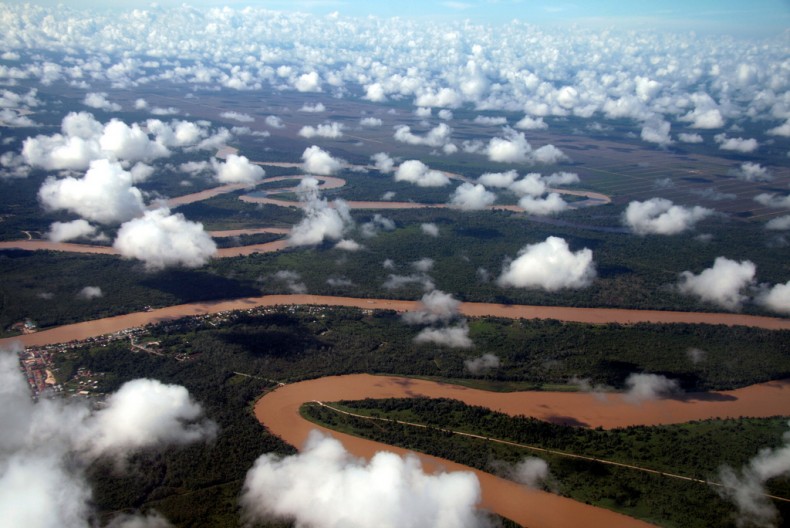 The winding Baram River, along with the people, plants and animals surrounding it, has narrowly avoided being dammed and flooded. Photo Credit: Wakx via Flickr

After two years of continuous protest, the tribespeople of the Baram River can finally take a breath – a dam project that would have destroyed all their homes has been put on hold.

If completed, the Baram Dam would have annihilated everything upstream, flooding 400 square kilometers of rainforest, destroying 26 villages and displacing 20,000 people.  For these reasons, the tribespeople threatened by the dam have been blockading the dam site for two years.  Finally, the Malaysian state of Sarawak has responded by putting the project on hold “until further notice.”

This is undoubtedly a big win for human rights in Malaysia.  In a country where mining, palm oil plantations, logging and various other industries often take precedence over indigenous rights and environmental sustainability, a victory of public good over industrial and economic growth is a welcome change.

It is the usual triumph of development over human rights in Malaysia, however, that has the tribespeople wary of their government’s sudden decision to respect their wishes.  Some speculate that the decision is more an economic than moral choice – the Baram dam is one of 12 mega-hydroelectric dams planned by the Sarawak government, and existing dams already produce more energy than the state needs.  There has even been talk that the plug may be pulled on the entire 12-dam project.

Despite such skepticism, the possibility that the Baram Dam will not be constructed is excellent news not just for the people, but the environments surrounding the Baram River.  Lush rainforests – those of one of only 17 mega-diverse countries in the world – that once stood to be flooded now may survive.  If the Baram dam went up, 1 million birds, 35 million mammals and 28 million trees would also have been eradicated.  At least for now, these natural treasures and the 20,000 people that live among them are safe.