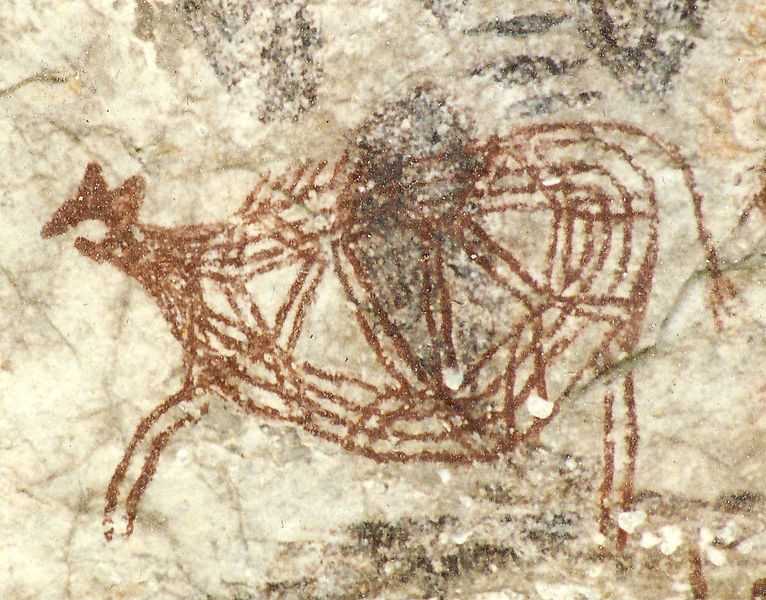 Cultural appreciation programs focused on cave paintings as old as 5,000 years aim to reconnect Malaysians to their roots. Photo Credit: DagdaMor via Wikipedia

Sandwiched between the city of Ipoh and the dwindling wilderness of central Peninsular Malaysia lies a reminder of the distant past. Cave paintings – some as old as 5,000 years – decorate cliff walls at the cultural heritage site of Gua Tambun.

There are few places in the world where one can stare into the imagination of a human born thousands of years ago. This is especially true for Malaysia – Gua Tambun is the last surviving example of cave paintings in Peninsular Malaysia. But despite the cave’s rarity and cultural significance, the people living around it often have no idea of its existence. This cultural disconnect, along with causing underappreciation, actually poses a threat to the site.

Many of the cave paintings have been vandalized, the ancient art scribbled over with markers and spray paint. Even worse, cracks are appearing in the very cliffs the paintings adorn thanks to digging at a nearby quarry.

This pattern exemplifies a trend of disconnect and incomplete environmental regulation that plagues a nation rich in natural and cultural wonders. As urban centers have grown and the nation’s population been increasingly concentrated in cities, connection and appreciation for the environment have faded. The hectic pace of city life eclipses nature connection. Many developed countries experience this trend, but some of them (Singapore, European countries, etc.) have also had time to develop governments and public policies that enforce cultural and environmental protection. This is not yet the case with Malaysia.

Malaysian governments have not yet developed effective environmental protection programs or an appetite for sustainability. Malaysian corporations – untethered by relaxed regulation and in some cases enabled by corruption – exploit environments rapidly and without thought to future generations.

Natural parks are encroached upon by new highway projects and urban development, the laws that protected them bending to accommodate industrial growth. Fantastically biodiverse rainforests all across Malaysia are razed for oil palm plantations and mining. And a culture increasingly occupied with survival in the city is not, in most cases, prepared to protect the environment.

The examples vary, but a big part of their solution is the same. In order to truly protect their surroundings, a population – whether acting as citizens, government officials, wildlife protections officers or consumers – must understand and appreciate the value of their environment.

Here again, Gua Tambun proves an important point. Local organizations have begun campaigning to raise awareness for the cave paintings among the local population. Embarking on a grassroots awareness effort, the University Sains Malaysia has launched The Gua Tambun Heritage Awareness Project.   Aiming to build appreciation, protection and cultural ownership of the paintings, the project has its sights set on a rock art museum, local heritage trails, and public archaeology talks among other fundraising and outreach activities.

In a nation reluctant to stop or even slow down its dependence on environmental exploitation – a country whose governments all-too-often give the go ahead for lucrative but environmentally disastrous projects – strong public opposition from a culturally and environmentally aware public is often the only thing stopping industry and economy from sinking their own future through unsustainable growth. Cultural connection programs like the Gua Tambun Heritage Awareness Project could provide a partial answer to the problem of sustainable development threatening Malaysia’s future.

The people of Malaysia have a legacy of rich culture at their back and a bounty of amazing environments at their feet. If they are reminded of this fact, if pride, protectiveness and awareness are built, the future of Malaysia could emerge intact.