Sarawak Forest Parks get a Facelift 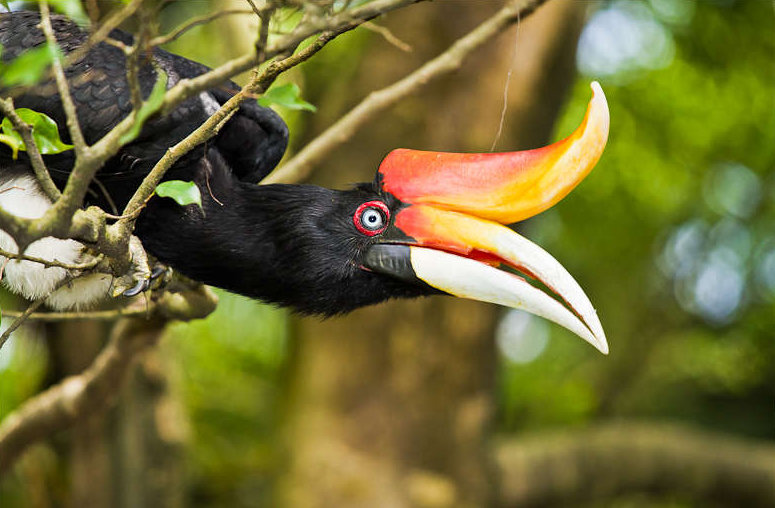 Malaysian parks protecting wilderness and endangered species like the Hornbill above are about to get a facelift. Photo Credit: AbZahri AbAzizis

Facilities and amenities at national parks in the Malaysian state of Sarawak are about to get an upgrade.  The move continues a statewide push to attract more tourism in 2016, and will highlight the region’s natural beauty for visitors from around the world.

The Malaysian state of Sarawak has long been famous for its natural treasures.  The mega-diverse hills, forests and caves of Gunung Mulu National Park are home to 3,500 species of vascular plants (and 109 species of palm trees) – not to mention the world’s smallest mammal and a recently-discovered six million year old cave.  Wildlife Centers like those in Semenggoh and Matang protect and rehabilitate endangered species like Orangutans, Sun Bears, hornbills and civet cats.  All of these parks exhibit how valuable the natural areas in Sarawak are, and all of their facilities are slated to receive makeovers in 2016.

“The state will work together with Sarawak Forestry Corporation to upgrade the national parks in the state, at the same time answering the chief minister’s call to strengthen the tourism sector,” said Sarawak Tourism Minister Abang Johari Tun Openg at a recent Tourism Board meeting.  “This is because the state’s national parks are unique and an added advantage to the state, especially in attracting tourists who like to explore the beautiful nature.”

Incentivizing ecotourism in Sarawak will not only boost the economy, but increase Sarawak’s incentive to protect dwindling natural areas and help the state divest from industries like logging, mining and palm oil production that trash the environment and rely on deforestation.  Decades of financial dependence on these industries have carved deep scars in the ecosystems of Sarawak, but an increase in ecotourism will lead away from the trend of environmental degradation.

Sarawak’s move to update its park facilities and show off its natural wonders is a move for a better future state.  Congratulations, Sarawak on starting 2016 on the right foot!