“Environmental” Mining Suspension really due to a Failing Bauxite Market? 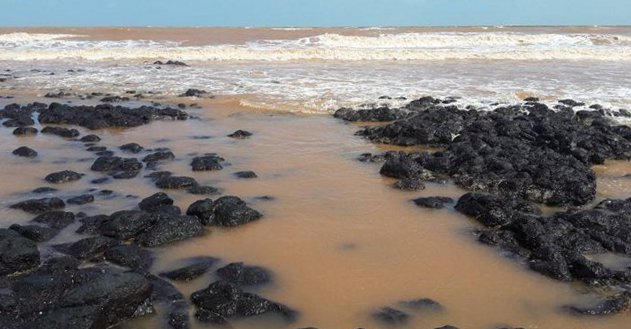 Bauxite pollution has turned Malaysia's sea red, but that may not be the reason government is considering a suspension on mining. Photo Credit: GERAM

‘Rivers, Seas run red in Malaysia as Bauxite Exports Boom,’ reads a recent Reuters headline.  ‘Malaysia may Suspend Bauxite Mining,’ intones the Bangkok Post.  ‘Malaysia Seeks to Suspend Bauxite Mining after Environmental Scare,’ says Stuff.co.nz.  The heavy metal pollution and reddening of the ocean and rivers surrounding port town Kuantan have earned Malaysia’s explosion of poorly regulated bauxite mining a place in the international spotlight – but is the story what it seems to be?

News outlets have taken the angle that Malaysia’s government is considering a moratorium on mining for environmental reasons.  Given the intensity of contamination and human suffering surrounding bauxite mining, it is tempting to believe this is the truth, but for over a year the government of Pahang – the state in which all the worst pollution is occurring – has turned a blind eye to reddened rivers, skin disease, cancer risks and public outcries for better regulation of bauxite mining.

Sure, 15km of red coastline and rivers running with rust-colored, arsenic and mercury-laced waters have created pressure for a solution, but is that the real reason governments are finally talking about halting production?  Or is it the fact that, according to China’s metal import hub Asian Metal, demand for bauxite is evaporating?

A December 29 update from Asian metal notes that, “Due to a sluggish alumina market, some Chinese refineries cut production, leading to a soft demand for Malaysian bauxite.”

Among other admissions of a slow market, the Asian Metal article contains a quote from an unnamed ‘consumer’ stating that “We still hold around 400,000 tons of bauxite in stock, so we have no plans to add stocks now.”  That source then revealed that their monthly demand has declined 100% from 200,000 tons to 100,000 tons recently.

Prices for bauxite have been falling for months.  Malaysia, willing to sell low, hasn’t stopped exporting, but signs are pointing towards a China that is nearly full-up on bauxite.  It would seem an opportune time, economically speaking, for Malaysia to halt mining and work on making the process safer.

Whether for environmental or economic reasons, it is important that Malaysia is looking to halt mining.  Better regulation would be a relief to the rich and diverse rivers and forests currently being chopped down and polluted, and a victory for citizens that have been dealing with skin irritation, risk of serious disease, dust-caked roads, dangerous truck traffic and potentially contaminated drinking water.

The conclusion that governments have turned a new leaf, however, should be suspended.  It is equally likely that the reason Malaysia is taking the opportunity of this economic downturn to slow production.  What happens as far as better regulation goes will be telling – as well as what happens after the rainy season.  “We plan to purchase bauxite after rainy season in Malaysia,” stated the ‘consumer’ from Asian Metal.  Time will tell whether Malaysia is responding to environmental responsibilities, or simply the movements of supply and demand.