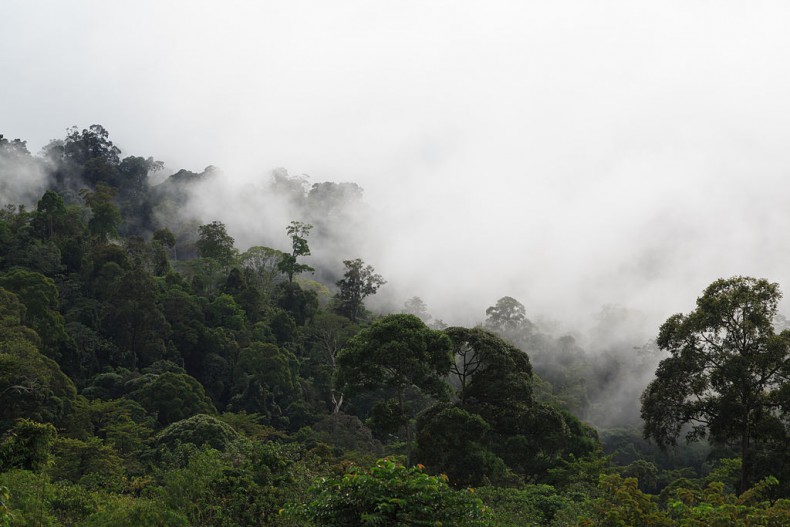 2.8 million hectares of the world's oldest and most biodiverse rainforests may be protected by 2025.

The forest of Malaysia’s second-largest state Sabah are, in a word, magnificent.  They’re megadiverse –  10 square kilometers of Sabah forest have more flora and fauna than the entirety of North America and Europe combined.   They’re some of the world’s most ancient – some being over 130 million years old.  And they’re not even fully explored – partially uncharted sites like the Maliau Basin could be brimming with plant and animal life that could further science, conservation and medicine.  With all this taken into consideration, it’s gratifying news that the state’s aim is to protect almost a third of its entire surface area by 2025.

“Totally Protected Areas in Sabah now cover 1.8 million hectares,” said Sam Mannan, the director of the Sabah Forestry Department, in a recent interview with Mongabay.  His aim is to increase that number to 2.8 million hectares, or 30% of Sabah’s land area, in the next decade.

It sounds like a big goal, but Sabah is already well on its way.  Even now, Sabah is drawing up an ambitious plan to protect another 260,000 hectares of forest.  Meanwhile, Sabah’s income from forestry dropped 97 percent from 1973 to 2014.  The trend of protection has been present for some time – since 1990, the extent of protected forests in Sabah roughly tripled between 1990 and 2015.

New reserves are being declared regularly, the most recent being a 68,000 hectare area.  It’s called the Kuamut Forest reserves, and it connects two even bigger reserves, allowing endangered species to move around in a much larger area and constituting a great boost for biodiversity.

Rainforest Trust notes that the area is home to an estimated 700 orangutans, 340 species of birds, and at least 60 species of amphibians, 75 reptile species, and 40 fish species.  The conservation value of the areas it connects – which include 150,000 ha of pristine forest (at Danum Valley, Maliau Basin and Imbak Canyon Conservation Areas) – is immense.

Though Malaysia is the subject of much criticism where the environment is concerned, Sabah is doing its part to ring in the era of sustainability.  It’s an example that, if followed by peninsular Malaysia and the rest of Southeast Asia, could mean a future of stability, success and nature conservation.