Celebrants are Urged to Shun Plastic and Polystyrene at Thaipusam 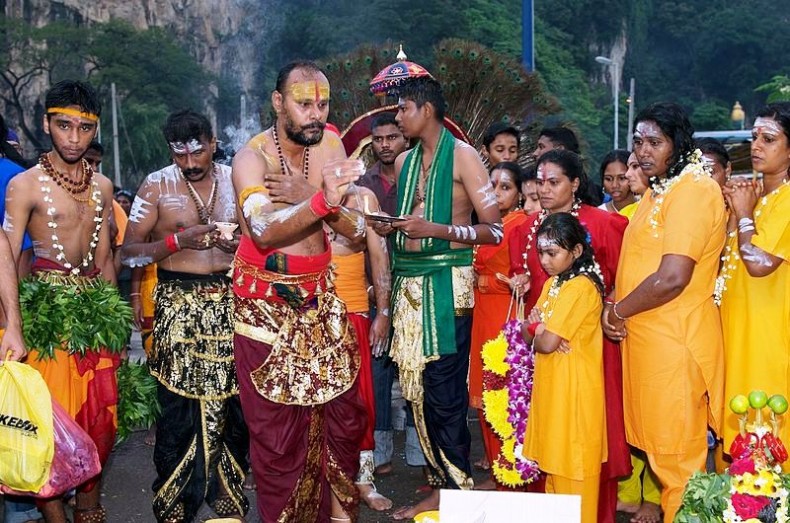 During the picturesque Hindu Thaipusam festival, which falls on January 24 this year, large crowds of Tamil devotees, other citizens and foreign tourists all engage in joyous merrymaking and colorful processions around Malaysia. In acts of religious charity, local organizations hand out food to worshipers and celebrants alike, routinely doing so in cheap and disposable polystyrene containers.

The free food is great, but the polystyrene bowls, plates and cups in which they are served do pose a problem. At the end of the festival, mounds of non-biodegradable trash litter several sites in the country. To avoid creating new mounds of environmentally harmful waste – which often end up clogging sewers and waterways with plastic – the Consumer Association of Penang has called on Hindu temples around the nation to avoid using disposable plastic and polystyrene tableware during the holiday this year.

A synthetic polymer, polystyrene is an inexpensive, but it takes several hundred years to degrade in the environment. When it is burned as trash, it emits noxious fumes and hazardous chemicals that likewise harm the environment. The association has asked temples to ensure that shops and stall vendors refrain from serving food in disposable polystyrene containers. “Let us strive towards a polystyrene-free Thaipusam and use this festival as a platform to save and nurture the environment,” said the association’s Education Officer, N.V Subbarow. “This will leave behind a cleaner and safer environment for our children.”

Wise words. In fact, Malaysians should strive to end the use of polystyrene and other disposable plastic products altogether during all feasts, banquets and holidays throughout the year. The country has long been grappling with the problems caused by excessive amounts of solid waste, much of which is non-biodegradable and environmentally harmful. Only an estimated 10% of Malaysians regularly recycle their waste. Although various initiatives by the government and non-governmental organizations have managed to raise public awareness of the importance of practicing the three Rs – Reduce, Reuse, Recycle – recycling rates across the nation remain relatively low.

The upcoming Thaipusam festival on Penang can serve as a teachable occasion for locals and visitors alike about sustainable practices. Making the festival polystyrene free is a worthy step towards producing less litter. That, and towards ensuring that celebrants themselves can enjoy the festivities in a healthier environment. As Subbarow put it: “Thaipusam is a religious festival, and it’s important that devotees are not exposed to harmful chemicals.”