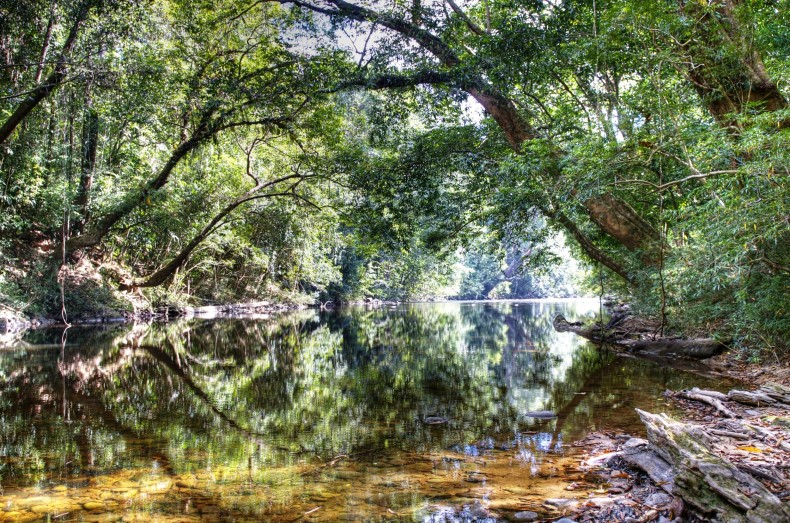 A river meanders through the Taman Negara National Park, which is home to one of the oldest rainforests in the world. Photo Credit: Wikipedia

Global warming, as the phenomenon’s very name suggests, affects all people around the planet in one way or another. Greenhouse gases exacerbate adverse climatic trends worldwide.  Temperature and weather fluctuations wreak havoc with natural environments. Most alarmingly, polar ice caps are melting, thereby exposing low-lying lands located close to shores – including those around Malaysia – to the threat of being submerged under rising seawaters in coming decades.  Environmentally-conscious Malaysians are well aware of such trends, but might well be inclined to throw up their hands in impotent despair. After all, what can they, living in the tropics halfway around the globe, do about melting polar ice caps?

Quite a lot, actually.

According to a peer-reviewed commentary in the journal Nature Climate Change, an effective way of tacking climate change and saving polar ice sheets is to save tropical forests in countries like Malaysia. That may sound counterintuitive, but it isn’t. Global warming is driven by industrialized nations’ excessive carbon emissions, and green vegetation thrives on carbon dioxide. Trees and other plants absorb the gas from the atmosphere in large quantities and release oxygen instead. In other words, tropical rainforests act as giant atmosphere-clearing agents and that is why their preservation needs to be part of the solution for tackling global warming – especially since global greenhouse gas emissions continue to rise.

“Absorption of carbon by tropical forest management is not the solution to climate change. It may be part of the solution,” however, write the article’s three authors, all of whom are American climate scientists. Tropical forests, they point out, not only absorb large amounts of carbon from the atmosphere but also store vast quantities of it in their biomass. As a result, deforestation leads to both the reduced carbon dioxide-absorbing capacities of tropical rainforests and the release into the atmosphere of carbon stored in their biomass.

“Used strategically, the removal of carbon from the atmosphere by tropical forest conservation and restoration could help stabilize and then reduce the CO2 concentration in the atmosphere during the decades needed for an orderly transition away from fossil fuels, and could play a role equal to that of timely fossil fuel elimination in avoiding dangerous climate change,” the scientists explain.

This makes the proper management of Malaysia’s tropical forests all the more vital, not only for the sake of the country but for that of the global community as well. Deforestation must stop and degraded forests must be allowed to regenerate through natural re-growth. Not only do Malaysia’s rainforests serve as unique biodiversity hotspots with many endangered species found nowhere else, but they are also natural climate catalysts for the planet’s ecosystems. That is why sustained and vigorous efforts are needed to save them from further degradation and destruction.