‘It Wasn’t Me’: Pahang MB Rejects Responsibility for Bauxite Fiasco 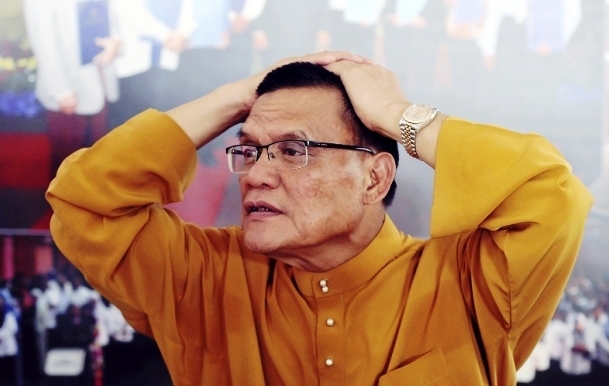 Whoever may be responsible, it isn’t me. That seems to have been the attitude of officials in the Malaysian state of Pahang, where hazardous chemicals from bauxite mines have inflicted untold damage on local ecosystems through the unscrupulous actions of local operators. The latest official to reject responsibility for the massive environmental crisis in the state is Menteri Besar Datuk Seri Adnan Yaakob. In an extensive interview with The New Straits Times, Adnan defended his administration’s actions, which have been widely decried as halfhearted and ineffectual.

The MB insisted the state lacked manpower to clamp down on widespread illegal bauxite mining as a mere 18 enforcement officers work for the local Land and Mines Office (PTG). “It is not that we procrastinated or delayed (enforcement), but it was just beyond our capacity,” Adnan told the newspaper. “We even lost one of our PTG officers, who died in an accident after his shift ended at 2am.” Adnan also stressed that he did not want to “play the blame game” by identifying those responsible, and that he has “acted proactively by calling the stakeholders, including the contractors, to address all the issues.” He added an example of what he presumably assumed demonstrated a sign of forceful intercession on his part: “I even shouted at the transporters during one of the meetings.”

As for why the state’s officials have yet to arrest a single illegal miner in the wake of the calamity, PTG director Datuk Nazri Abu Bakar said that was because they kept running away and conducting their operations at night under cover of darkness. “[They] moved faster than we could. By the time we reached (illegal mines), there was nobody there.” Such excuses are hardly likely to sound reassuring to concerned Malaysians, especially since there are easy solutions to such conundrums: for instance, running after culprits and conducting raids on fly-by-night operators at night.

Local officials have made some progress in rolling back illegal bauxite mining by seizing 51 lorries, 30 excavators and a giant tipper dumper. They have also imposed a three-month moratorium on bauxite mining from January 15. Less commendably, state officials reportedly failed to discover that more than 200 illegal bauxite mines had been operating in Pahang alongside the 36 legal ones. Adnan owned up to some of his administration’s failures in the interview in what is hopefully a welcome change of direction in the state’s approach to illegal mining, on which Pahang must move towards enforcing a zero-tolerance policy. “When we look back and dig up all the records, we find so many loopholes and weaknesses that we need to address,” Adnan said. “At the end of the day effective enforcement is paramount.”  Yes, it is.