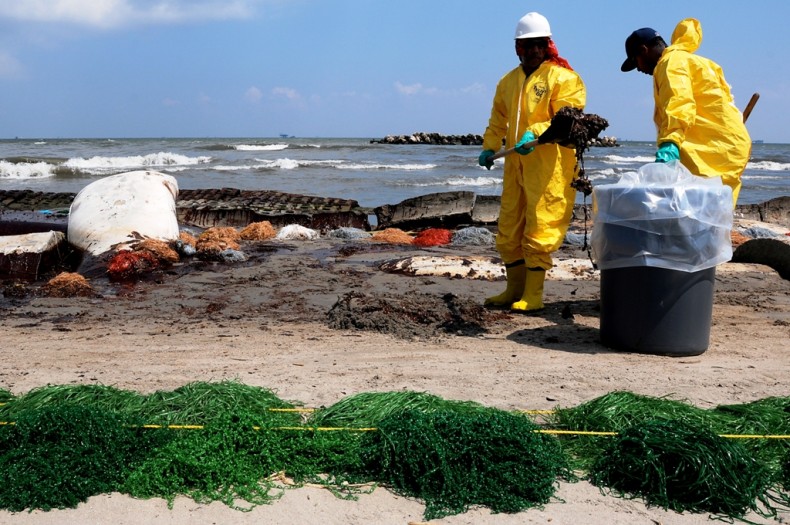 Malaysia regularly makes global headlines, but in recent times it hasn’t been to the country’s credit when it did so. First, a double whammy of tragedies in quick succession involving two Malaysia Airlines commercial flights cost several hundred lives and plunged the national carrier into a prolonged crisis. Next, the country’s prime minister, Najib Razak, became embroiled in allegations of massive corruption, tarnishing Malaysia’s international image in the process.

Then, most recently, came reports of severe environmental pollution in Pahang state as a result of dodgy practices by fly-by-night bauxite miners who were apparently allowed by authorities to operate unchecked until their activities wreaked havoc with the local environment. That environmental fiasco, which has further damaged the country’s reputation globally, was the subject of a prominently featured report in late January by Britain’s BBC. The report zeroed in on the environmental impact on Pahang’s wooded hills and waterways, and the picture, needless to say, wasn’t pretty as it introduced global audiences to a lesser-known side of this famously scenic country: rampant environmental degradation.

“Amid the monotonous dark green lines of Malaysia’s endless palm oil plantations, there are now vivid red gashes in the hills behind the east coast town of Kuantan,” explained the news network’s Southeast Asia correspondent, Jonathan Head, who travelled to the Malaysian state. “These have appeared only in the past 18 months, as a frenzy of open-cast bauxite mining gripped Pahang province. Tonnes of bauxite are being transported out of the region. It is the world’s main source of aluminium so is vital for the construction of everything from airplanes to saucepans and cooking foil.”

The British broadcaster then reeled off some of the damning statistics about the parlous state of affairs in Pahang’s mining industry, which was left essentially unsupervised by local officials until the scale of the massive harm to the local environment could no longer be ignored. “Annual output of bauxite ore has increased from a little over 200,000 tonnes in 2013, to nearly 20 million tonnes last year. Malaysia is now the world’s top producer, accounting for nearly half of the supply to China’s massive aluminium industry,” the BBC observed.

Once again, greed got the better of many people whose only concern was to make a quick buck, come what may. Malaysia’s bauxite mining boom was triggered after January 2014, when the region’s previous top exporter of the aluminum ore, Indonesia, banned exports of it in a bid to boost its own domestic smelting industry. Within months several hills above Kuantan, the state capital of Pahang, became the sites of frenzied mining activity by local operators, many of whom began excavating the mineral illegally. They approached smallholders and paid them for access to their private properties to mine bauxite that lay underfoot in the ground, thereby taking advantage of a loophole in Malaysian federal law, which requires environmental impact assessments for plots larger than 250 hectares.

Needless to say, few had scruples about the damage they might inflict on local ecosystems – as well as on the local tourism industry, which is likely to suffer in the wake of this man-made disaster, costing locals hard-earned jobs and incomes.

“It became a whole mad rush,” Fuziah Salleh, an opposition politician in Kuantan, told the BBC. “There were 44 companies with export licences, and they were all rushing to get as much as they could get from anybody who was willing to sell their raw ore.” He added: “The greed, the need, of certain people, outweighed welfare of the common people and the authorities allowed it. And I think there is a lesson to be learned.”

There definitely is a lesson to be learned. Actually, make that several lessons. One of those lessons is that if Malaysia is to retain its – by-now sadly tarnished – image as a progressive and dependably well-functioning nation in Southeast Asia, it will need to put its house in order, not least when it comes to protecting and cleaning up the country’s beleaguered natural habitats. Officials have responded to the environmental crisis with a series of measures, including a three-month moratorium on bauxite mining and a battery of tests of water and alluvial mud in an effort to gauge how badly Pahang’s soil and water supplies have been contaminated.

But these actions have been taken in the spirit of “better late than never,” and largely in response to public outcries. As a result, they are testament to a persistent problem: rather than try to forestall environmental disasters through stringent laws and rigorous zero-tolerance enforcement, the country’s officials, be they at the federal or local level, tend to fight much less effective rearguard action with post facto policies and face-saving promises. And so it has proven this time again. The federal government is mulling new laws and regulations to prevent similar environmental fiascoes in future.

But such responses are invariably too little, too late, especially if laws aren’t properly enforced. Singly, localized environmental disasters are devastating but with limited scopes; collectively, however, they can undermine the entire health of a nation’s natural environments. That is because no environment is an inexhaustible resource and no ecosystem, however resilient, has the ability to keep rebounding from whatever is thrown at it by harmful and exploitative human activity.

Unscrupulous operators employing the advanced tools of modern industrialized nations can inflict irreparable harm on local ecosystems within the space of a few short years, as the bauxite mining fiasco in Pahang has amply demonstrated. Malaysia’s unique natural environments with their primeval forests, orangutans and abundant exotic species are the collective heritage of all Malaysians. And with that collective ownership comes collective responsibility for ensuring the health of natural environments.

Here’s hoping that the next time the country makes global headlines, it will be due to a positive development. Enacting systematic new initiatives to protect beleaguered ecosystems around the nation and following through on existing programs would be a good start.