Talk is Cheap: Let’s See if Sarawak Officials are as Good as their Word 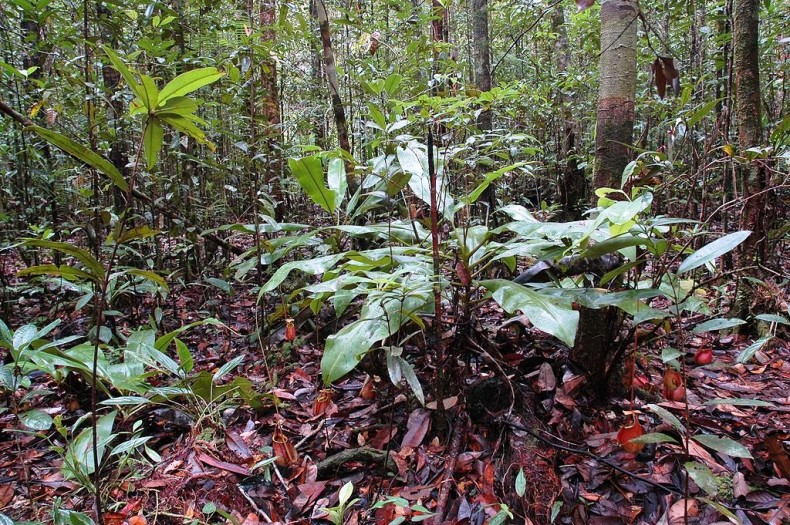 Peat swamp forests, like this one in Sarawak's Gunung Mulu National Park, are essential for the health of local ecosystems, yet local officials have turned a blind eye to their destruction, environmentalists insist. Photo Credit: Wikimedia Commons

Sarawak’s Chief Minister Adenan Satem has been talking tough lately. Here’s hoping he will be acting tough too. Recently he declared a zero-tolerance policy on illegal loggers, insisting that “We will come down heavy on those who want to desecrate our environment and our biodiversity, which we should leave intact for future generations.” Adenan is enjoying the backing of Malaysia’s Minister for Natural Resources and Environment Haji Wan Junaidi Tuanku Jaafar, who has lauded the state’s more assertive stance on environmental protection, labeling it “a positive result for the ministry and the state government” and calling for local environmental legislation to “be enforced vigorously.”

Such an independent stance is constitutionally guaranteed. Sarawak’s state assembly is entitled to pass the state’s own laws without the consent of Malaysia’s federal government on environmental issues, including land administration and forest protection. Laws unique to Sarawak include ordinances on natural resources and environment, wildlife, and forestry – albeit some of those laws are older than Malaysia itself. The Sarawak Forestry Ordinance, which regulates the management of local forests and the extraction of their produce, for instance, dates back to 1953.

In addition to judicial independence, local authorities seek extra legal powers in enforcement. Under current federal laws, local cases need to be referred to the federal government before they could proceed, creating plenty of red tape in the process. “These [state] laws have specific provisions that are well understood here but are sometimes alien at the federal level,” explained Sarawak Advocates Association President Leonard Shim. “But having to refer it to someone who does not understand the law may be like hitting a brick wall.”

Needless to say, any such further handicapping of already understaffed and underfinanced state officials does not help the cause of stronger environmental enforcement in Sarawak. The record of local authorities in clamping down on polluters and illegal loggers alike has been mixed, to say the least. In a recent high-profile case the palm oil company BLD Plantation Berhad (BLD) has been clearing carbon-rich peatlands in Sarawak’s Sibu region, thereby affecting the health of natural habitats and local communities alike.

According to satellite images analysed by a environmentalist group, the company cleared more than 10 hectares of peat swamp forest a day on average between June 30 and September 18. Coupled with rampant deforestation, such clearing can decimate the natural habitats of endangered species. Local villagers have reported that several local wild animals, including hornbills, proboscis monkeys and wild cattle, have become exceedingly rare sights in the area. Clearing peat forests for agriculture can also trigger the release of massive amounts carbon dioxide, increase the risk of flash fires, and exacerbate seasonal floods.

Where have state officials, Adenan among them, been on the issues? Missing in action, apparently. “We are very disappointed. We have never received any reply from the chief minister while he claims to want to protect Sarawak forests,” said Upreshpal Singh, director of Malaysian NGO Friends of the Orangutans, a group that has extensively documented the destruction of peat forests in the area. “It looks like it is still business as usual in Sarawak.”

It should not be – not according to Adenan himself if we are to take him at his word. Now is the time for him and Sarawak’s officials to prove they can be relied on to root out illegal environmentally harmful practices throughout Sarawak. Should we be holding our breath on that?