Every Drop Counts: Malaysians will need to Wise up about Water 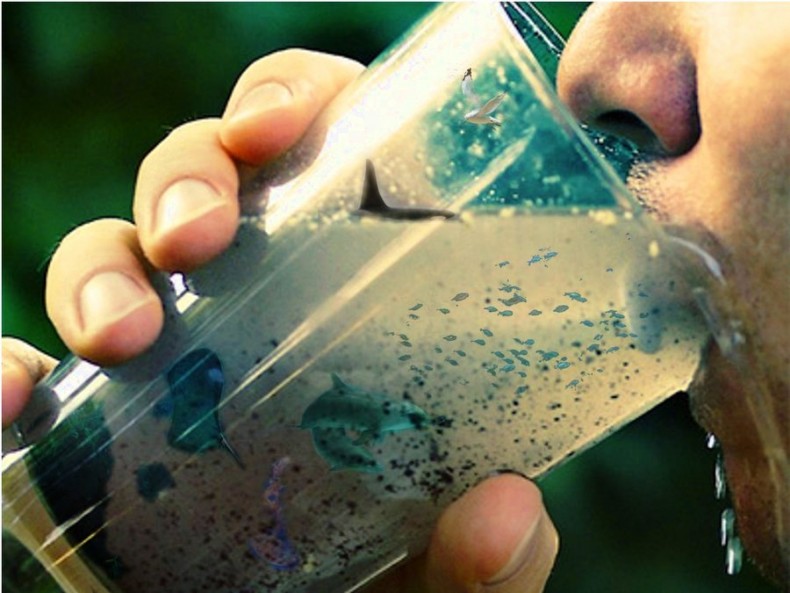 By wasting water, you may be depriving plants and animals of the precious, life-sustaining liquid. Photo Credit: Meggysue via Deviant Art

Malaysia is a country blessed with natural resources – minerals, forests, fertile soils. Yet one of its resources is a substance that, thanks to the sheer abundance of it, many locals tend to take for granted: water. The nation’s total coastline runs for a whopping 4,675 kilometers, making Malaysia home to a stunning scope and variety of marine habitats. Yet as the country lies exclusively within the equatorial zone, much of Malaysia’s water hails from above in the form of rain.

Each year the country receives 24 trillion gallons of rainwater, much of which falls on the country’s east coast during a northeastern monsoon between October and March. A lot of rainwater also waters the entire country during a less intense southwestern monsoon from May to September. Between these two monsoons Malaysia continues to receive plenty of water from above owing to periodic downpours.

The country’s highland forests, perched atop sprawling mountain ranges, act as natural water filters with plants, soil and rock filtering rainwater before it reaches lowland aquifers. Many natural springs around Malaysia contain water so fresh and clean that it can be drunk without the need for purification. Highland forests also serve vital catchment functions, easing the devastating effects of annual floods on low-lying areas during the rainy season. As a result, only around a tenth of the country is considered prone to extensive flooding.

So far, so good: plenty of fresh water on the ground, a naturally wet climate, advantageous topography. But there is of course a “but.” Here it comes: Water shortages are naturally rare in Malaysia, but they are not nonexistent – and are set to increase in number in coming years.

Last August the country’s fresh water supplies hit a historic low, with the Linggiu water reservoir in Johor reaching an all-time low of 54.5% capacity in August, thanks to unusually dry weather and increasing demand from neighboring Singapore, which relies heavily on the Malaysian reservoir. In January 2014, meanwhile, residents in Hulu Langat and Kuala Langat in Selangor had to go without the precious liquid because of high ammonia levels in their fresh water supplies, which became tainted from either sewage pollution or fertilizer runoffs into a local river tapped for potable water.

Over the past few decades the country’s fresh water supplies have also been dwindling in lockstep with a population boom, which has seen the number of Malaysians grow from 8 million in 1960 to over 31 million today. Increased industrial and agricultural production has likewise placed further strains on available fresh water sources. The government’s National Water Vision, a core pillar of the country’s “Vision 2020,” which seeks to make Malaysia a filly developed nation, has sought to address challenges through a number of initiatives so as to ensure sustainable water management practices for the foreseeable future.

Yet government initiatives can only go so far in solving shortages, especially because many citizens of the country continue to waste water in abandon and numerous water-saving targets have remained unmet over the years. It is individual Malaysians who will need to wise up about water. They will need to stop befouling their rivers; they will need to set about recycling wastewater and rainwater far more extensively and effectively; and they will also need to change their habits to use water much more prudently and sustainably.

In one worthy initiative, run by the Global Environment Centre and sponsored by HSBC Bank Malaysia Berhad, schoolchildren are taught how to manage water sources more wisely. They are also taught that rather than wait for the government to solve problems, they can take matters into their own hands by acting responsibly. Needless to say, individual responsibility should not be the purview of children alone. Adults must lead by example in using water sources responsibly and sustainably. By and large, they have hardly been doing that. If anything, going by the figures, they have been among leading wastrels in the region.

On average each Malaysian uses upwards of 212 liters a day, which in volume terms amounts to 141 bottles of 1.5 liters. Imagine all those bottles stacked up around your house every day for you to waste their contents. All that water is a whole lot more than Malaysians would reasonably need to use, especially as only a third of that water is used for necessities like drinking and cooking. The rest is used for washing cars and clothes and doing other similarly wasteful activities. The worst offenders have been residents of Penang, who used 296 liters of water a day in 2013.

Shocking numbers, yes. By comparison, a Singaporean uses 155 liters daily, a Filipino 175 liters, an Indonesian 130 liters, and a Thai a mere 90 liters. The World Health Organization’s recommended water usage is 165 liters per day, far beneath the current Malaysian level. Ultimately it is not government initiatives but public action, singly and collectively, that will determine the success or failure of water management policies and initiatives in the country.

For starters, you can ensure that your faucets, pipes and toilet tanks do not drip or leak. You can install water-saving shower heads and low-flow faucets. You can take shorter showers and turn off the water while you brush your teeth. You can water your plants and lawn only when they need it. And you can stop hosing down your car and wash it instead from a bucket.

Every drop matters, not least because the country’s domestic, agricultural and industrial water consumption demand is projected to triple over the next half century. Although water may often seem like a limitless resource to Malaysians, it isn’t. So treat it so.