‘Forest City’ in Johor gets under way. What will that do to the Environment? 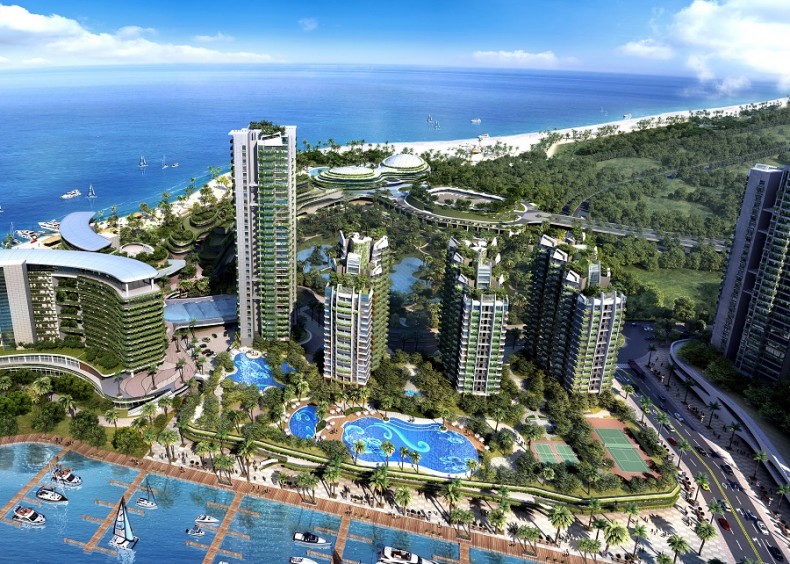 Its developer insists 'Forest City' will be a futuristic model of sustainability. Will it? Photo Credit: Country Garden Holdings

Most Malaysians left their former forest homes a long time ago, but now many of them may want to return to forests – or rather, to urban simulacrums of imitation woods. Living in teeming modern urban jungles, many citizens may find themselves longing for a renewed proximity to more natural environments.

It’s these Malaysians that the real estate developers China’s Country Garden Holdings Co Ltd and Johor state-owned Esplanade Danga 88 Sdn Bhd Johor have in mind for their planned Forest City mixed-use mega project to be built on four reclaimed islands in Iskandar Malaysia in the Johor Strait. The RM175.8 billion development, to be completed over the next 20 years, will feature condominiums with world-class amenities for the well-to-do. It’s also expected to become an economic hub linking the Iskandar region and neighboring Singapore.

Touted by the developer as a “role model of future cities,” Forest City, which will span 1,386 hectares, is meant to become an urban oasis with vertical greenery, advanced green technological features and sustainable modes of transportation, according to Country Garden. “Forest City has adopted best practices to minimise environmental impact through integrated solutions to achieve zero impact to the surrounding area,” the developer said in a recent statement.

“Forest City is the first of its kind [of] mega development in Southeast Asia [where a] car-free zone and luxury green living coexists with smart technologies and amenities,” said Mo Bin, the CEO of Country Garden Holdings. “Forest City is surrounded by the wonders of nature and is of close proximity to centres of education, healthcare, transportation, financial centres, and leisure attractions.”

That all sounds like an environmentalist’s dream, but the massive luxury housing project has been dogged by controversy. Locals fishermen have expressed fears that the coastal development might hurt their livelihoods and believe that ongoing construction has caused the die-off of fish by polluting nearby waters. Singapore’s government has likewise voiced concerns that its coastal waters might be adversely affected by the decades-long project.

In 2014 the project was put briefly on hold pending the results of an environmental study, but building permission was soon granted by the Malaysian government. Dredging and sendimentation have been highlighted as potential long-term hazards to local marine environments. Once the site of sleepy fishing villages and natural coastal habitats, several islands in the Johor Strait are set to turn into teeming urban jungles for well-off residents. Then again, they will have plenty of artificial “forests” on them, won’t they?